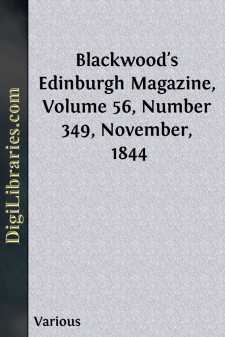 The astounding issue of the Irish State trials will constitute a conspicuous and mortifying event in the history of the times. A gigantic conspiracy for the dismemberment of the empire was boldly encountered at its highest point of development by the energy of the common law of the land, as administered in the ordinary courts of justice. That law, itself certainly intricate and involved, had to deal with facts of almost unprecedented complication and difficulty; but after a long and desperate struggle, the law triumphed over every obstacle that could be opposed to it by tortuous and pertinacious ingenuity: the case was correctly charged before the jury; most clearly established in evidence, so as to satisfy not them only, but all mankind; the jury returned a just verdict of guilty against all the parties charged—the court passed judgment in conformity with that verdict, awarding to the offenders a serious but temperate measure of punishment—imprisonment, fine, and security for good behaviour. The sentence was instantly carried into effect—

But, behold! a last desperate throw of the dice from the prison-house—a speculative and desponding appeal to the proverbial uncertainty of the law; and, to the unspeakable amazement and disgust of the country, an alleged technical slip in the conduct of the proceedings, not touching or even approaching, the established merits of the case either in fact or law, has been held, by the highest tribunal in the land, sufficient to nullify the whole which had been done, and to restore to liberty the dangerous delinquents, reveling in misrepresentation and falsehood concerning the grounds of their escape on punishment—in their delirium of delight and triumph, even threatening an impeachment against the officers of the crown, against even the judges of the land, for the part they have borne in these reversed proceedings!

Making all due allowance for these extravagant fooleries, it is obvious that the event which has given rise to them is one calculated to excite profound concern, and very great curiosity. The most sober and thoughtful observers are conscious of feeling lively indignation at the spectacle of justice defeated by a technical objection; and public attention has been attracted to certain topics of the very highest importance and delicacy, arising out of this grievous miscarriage. They are all involved in the discussion of the question placed at the head of this article; and to that discussion we propose to address ourselves in spirit of calmness, freedom, and candour. We have paid close attention to this remarkable and harassing case from first to last, and had sufficient opportunities of acquainting ourselves with its exact legal position. We deem it of great importance to enable our readers, whether lay or professional, to form, with moderate attention, a sound judgment for themselves upon questions which may possibly become the subject of early parliamentary discussion—Whether the recent decision of the House of Lords, a very bold one unquestionably, was nevertheless a correct one, and consequently entitling the tribunal by whom it was pronounced, to the continued respect and confidence of the country?...