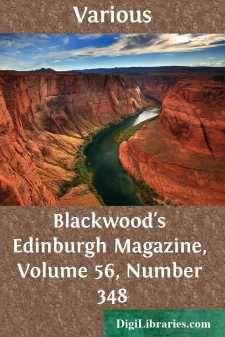 THE LIFE OF A DIPLOMATIST.

This is one of those curious memoirs which, from time to time, start forth from the family archives of public men, for the illustration of the past and the wisdom of the future. Nothing can be more important to either the man of office or the man of reflection. Avoiding all the theoretical portion of history, on which all men may be mistaken, they give us its facts, on which no one can be deceived; detailing the course of personal events, they supply us with the views of the most intelligent minds directly employed in the transactions, exhibit the portraits of those minds, and point out to those who are to follow, the effect of vigour, intrepidity, and knowledge, in overcoming the difficulties of nations.

The work on which we are about to make some remarks, is one of those productions which do especial honour to the English aristocracy. It is the diplomatic career of the founder of a peerage; compiled and published by the third in succession to the earldom. The noble editor, professing to have done but little in this office of reverence and duty, has done much—he has paid due honour to a manly, wise, and vigorous ancestor; and he has set a striking example to the young nobility of his time. The libraries of every noble family of England contain similar records of the highest value; and nothing could be at once more honourable to the memory of the gallant and renowned who have passed away, or more important to posterity, than to give those documents to the light, illustrated by the recollections of their noble descendants, and brought before the public with the natural advantages of authenticity and authority.

Lord Malmesbury’s career continued through one of the most interesting portions of the last century; that which was the preparative for the great catastrophe of its close, the overthrow of the French monarchy. He was in the service of his country, as a diplomatist, from 1768 to 1797; and for many succeeding years was in connexion with all the leading political characters of a time singularly fertile in remarkable men. He was born at Salisbury in 1746, the descendant of an old English family, possessed of property in Wiltshire. His father was an eminent scholar, the author of Hermes, and other well known treatises on literary and philosophical subjects. But the scholar was also a man of active public life. Entering into parliament, he was appointed a lord of the treasury in 1763, and secretary and comptroller of the Queen’s household some   years after. A bon-mot of one of the Townsends is recorded, on his taking his seat.

“Who is the new member?” asked Townsend.

“A Mr Harris, who has written on grammar and harmony.”

“Then what brings him here, where he will hear neither?”

The son of such a man had public life before him as his natural source of distinction; and Lord Malmesbury, late in life, (in 1800,) thus gracefully commemorated his gratitude. “To my father’s precepts and example I owe every good quality I have. To his reputation and his character, I attribute my more than common success in life....