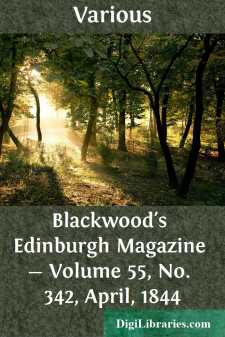 CHAPTER I.—THE BATTLE OF THE BRIDGE.

The time occupied by the events detailed in the three preceding chapters, had been passed by Antonio in a state of self-exile from his master's studio. Conscious of having disobeyed the earnest injunctions of Contarini, the weakness of his character withheld him alike from confessing his fault, and from encountering the penetrating gaze of the old painter. Neglecting thus his usual occupation, he passed his days in his gondola, wandering about the canals in the hope of again meeting with the mysterious being who had made such an impression on his excitable fancy. Hitherto all his researches had been fruitless; but although day after day passed without his finding the smallest trace of her he sought, his repeated disappointments seemed only to increase the obstinacy with which he continued the search.

The incognita not only engrossed all his waking thoughts, but she still haunted him in his dreams. Scarcely a night passed that her wrinkled countenance did not hover round his pillow, now partially shrouded by the ample veil, then again fully exposed and apparently exulting in its unearthly ugliness; or else peering at him from behind the drapery that covered the walls of his apartment. In vain did he attempt to address the vision, or to follow it as it gradually receded and finally melted away into distance.

It was from a dream of this description that he was one morning awakened by his faithful gondolier Jacopo. The sun was shining brightly through his chamber windows, and he heard an unusual degree of noise and bustle upon the canal without.

"Up, Signor mio!" cried the gondolier joyously, and with a mixture of respect and affectionate familiarity in his tone and manner. "Up, Signor Antonio! You were not wont to oversleep yourself on the day of the Bridge Fight. All Venice is hastening thither. Quick, quick! or we shall never be able to make our way through the press of gondolas."

The words of the gondolier reminded Antonio that this was the day appointed for the celebration of a festival, which for weeks past had been looked forward to with the greatest impatience and interest, by Venetians of all ranks, ages, and sexes; a festival which he himself was in the habit of regularly attending, though on this occasion his preoccupied thoughts and feelings had made him utterly unconscious that it was so near at hand.

Although the ancient and bitter hatred of the Guelphs and Ghibellines had died away, and the factions which divided northern Italy had sunk into insignificance, nearly a century before this period, the memory of their feuds was still kept up by their great grandchildren, and Venice was still severed into two parties or communities, separated from each other by the grand canal. Those who dwelt on the western or land side of this boundary were styled the Nicolotti, after the parish of San Nicolo; while those on the eastern or sea side took the appellation of Castellani, from the district of Castello. Not only the inhabitants of the city itself, but those of the suburbs and neighbouring country, were included in these two denominations; the people from Mestre and the continent ranging themselves under the banners of the Nicolotti, while those from the islands were strenuous Castellani....