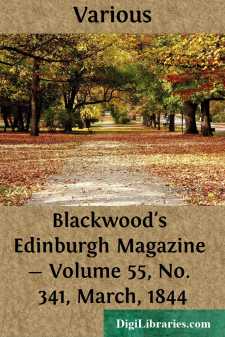 From the various circumstances of our day, the impression is powerfully made upon intelligent men in Europe, that some extraordinary change is about to take place in the general condition of mankind. A new ardour of human intercourse seems to be spreading through all nations. Europe has laid aside her perpetual wars, and seems to be assuming a habit of peace. Even France, hitherto the most belligerent of European nations, is evidently abandoning the passion for conqest, and begining to exert her fine powers in the cultivation of commerce. All the nations of Europe are either following her example, or sending out colonies of greater or less magnitude, to fill the wild portions of the world. Regions hitherto utterly neglected, and even scarcely known, are becoming objects of enlightened regard; and mankind, in every quarter, is approaching, with greater or less speed, to that combined interest and mutual intercourse, which are the first steps to the true possession of the globe.

But, we say it with the gratification of Englishmen, proud of their country's fame, and still prouder of its principles—that the lead in this noblest of all human victories, has been clearly taken by England. It is she who pre-eminently stimulates the voyage, and plants the colony, and establishes the commerce, and civilizes the people. And all this has been done in a manner so little due to popular caprice or national ambition, to the mere will of a sovereign, or the popular thirst of possession, that it invests the whole process with a sense of unequaled security. Resembling the work of nature in the simplicity of its growth, it will probably also resemble the work of nature in the permanence of its existence. It is not an exotic, fixed in an unsuitable soil by capricions planting; but a seed self-sown, nurtured by the common air and dews, assimilated to the climate, and strikig its roots deep in the ground which it has thus, by its own instincts, chosen. The necessities of British commerce, the urgency of English protection, and the overflow of British population, have been the great acting causes of our national efforts; and as those are causes which regulate themselves, their results are as regular and unshaken, as they are natural and extensive. But England has also had a higher motive. She has unquestionably mingled a spirit of benevolence largely with her general exertions. She has laboured to communicate freedom, law, a feeling of property, and a consciousness of the moral debt due by man to the Great Disposer of all, wherever she has had the power in her hands. No people have ever been the worse for her, and all have been the better, in proportion to their following her example. Wherever she goes, oppression decays, the safety of person and property begins to be felt, the sword is sheathed, the pen and the ploughshare commence alike to reclaim the mental and the physical soil, and civilization comes, like the dawn, however slowly advancing, to prepare the heart of the barbarian for the burst of light, in the rising of Christianity upon his eyes....