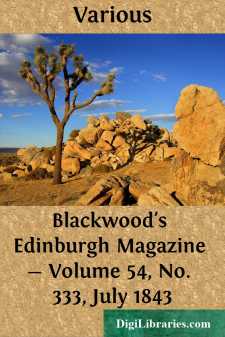 MARSTON; OR, THE MEMOIRS OF A STATESMAN. PART II. "Have I not in my time heard lions roar?Have I not heard the sea, puft up with wind,Rage like all angry boar chafed with sweat?Have I not heard great ordnance in the field,And heaven's artillery thunder in the skies?Have I not in the pitched battle heardLoud 'larums, neighing steeds, and trumpets clang?" SHAKSPEARE.

My entertainer received me with more civility than I had expected. He was almost fashionably dressed; his grim features were smoothed into an elaborate smile; and he repeated his gratification at seeing me, in such variety of tones that I began to doubt the cordiality of my reception. But I could have no doubt of the elegance of the apartment into which I was shown. All was foreign, even to the flowers in the vases that filled the windows. A few bas-reliefs in the most finished style; a few alabasters as bright as if they had been brought at the moment from Carrara; a few paintings of the Italian masters, if not original and of the highest value, at least first-rate copies—caught the eye at once: the not too much, the not too little, that exact point which it requires so much skill to touch, showed that the eye of taste had been every where; and I again thought of the dungeon in the city, and asked myself whether it was possible that Mordecai could be the worker of the miracle.

Naturally making him some acknowledgment for his invitation, and saying some civil thing of his taste, he laughed, and said, "I have but little merit in the matter. All this is my daughter's. Moorfields is my house; this house is Mariamne's. As our origin and connexions are foreign, we make use of our opportunities to indulge ourselves in these foreign trifles. But we have a little 'réunion' of our neighbours this evening, and I must first make you known to the lady of the fête." He rang the bell.

"Neighbours!" said I; "all round me, as I came, seemed solitude; and yours is so beautiful, that I almost think society would injure its beauty."

"Well, well, Mr Marston, you shall see. But this I advise you, take care of your heart if you are susceptible."

A servant announced that his mistress would attend us in a few minutes, and I remained examining the pictures and the prospect; when a gay voice, and the opening of a door, made me turn round to pay my homage to the lady. I had made up my mind to see one of the stately figures and magnificent countenances which are often to be found in the higher orders of the daughters of Israel. I saw, on the contrary, one of the gayest countenances and lightest figures imaginable—the petit nez retroussé, and altogether much more the air of a pretty Parisian than one of the superb race of Zion. Her manner was as animated as her eyes, and with the ease of foreign life she entered into conversation; and in a few minutes we laughed and talked together, as if we had been acquaintances from our cradles.