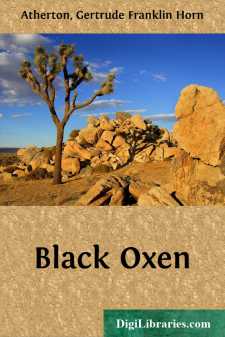 "Talk. Talk. Talk.… Good lines and no action … said all … not even promising first act … eighth failure and season more than half over … rather be a playwright and fail than a critic compelled to listen to has-beens and would-bes trying to put over bad plays.… Oh, for just one more great first-night … if there's a spirit world why don't the ghosts of dead artists get together and inhibit bad playwrights from tormenting first-nighters?… Astral board of Immortals sitting in Unconscious tweaking strings until gobbets and sclerotics become gibbering idiots every time they put pen to paper?… Fewer first-nights but more joy … also joy of sending producers back to cigar stands.… Thank God, no longer a critic … don't need to come to first-nights unless I want … can't keep away … habit too strong … poor devil of a colyumist must forage … why did I become a columnist? More money. Money! And I once a rubescent socialist … best parlor type … Lord! I wish some one would die and leave me a million!"

Clavering opened his weary eyes and glanced over the darkened auditorium, visualizing a mass of bored resentful disks: a few hopeful, perhaps, the greater number too educated in the theatre not to have recognized the heavy note of incompetence that had boomed like a muffled fog-horn since the rise of the curtain.

It was a typical first-night audience, assembled to welcome a favorite actress in a new play. All the Sophisticates (as Clavering had named them, abandoning "Intellectuals" and "Intelligentsia" to the Parlor Socialists) were present: authors, playwrights, editors and young editors, columnists, dramatic critics, young publishers, the fashionable illustrators and cartoonists, a few actors, artists, sculptors, hostesses of the eminent, and a sprinkling of Greenwich Village to give a touch of old Bohemia to what was otherwise almost as brilliant and standardized as a Monday night at the opera. Twelve years ago, Clavering, impelled irresistibly from a dilapidated colonial mansion in Louisiana to the cerebrum of the Western World, had arrived in New York; and run the usual gamut of the high-powered man from reporter to special writer, although youth rose to eminence less rapidly then than now. Dramatic critic of his newspaper for three years (two years at the war), an envied, quoted and omniscient columnist since his return from France. Journalistically he could rise no higher, and none of the frequent distinguished parties given by the Sophisticates was complete without the long lounging body and saturnine countenance of Mr. Lee Clavering. As soon as he had set foot upon the ladder of prominence Mr. Clavering had realized the value of dramatizing himself, and although he was as active of body as of mind and of an amiable and genial disposition, as his friends sometimes angrily protested, his world, that world of increasing importance in New York, knew him as a cynical, morose, mysterious creature, who, at a party, transferred himself from one woman's side to another's by sheer effort of will spurred by boredom....