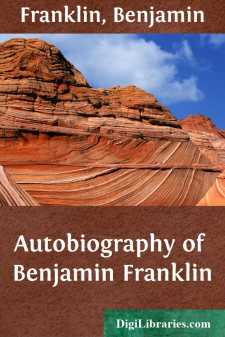 E Americans devour eagerly any piece of writing that purports to tell us the secret of success in life; yet how often we are disappointed to find nothing but commonplace statements, or receipts that we know by heart but never follow. Most of the life stories of our famous and successful men fail to inspire because they lack the human element that makes the record real and brings the story within our grasp. While we are searching far and near for some Aladdin's Lamp to give coveted fortune, there is ready at our hand if we will only reach out and take it, like the charm in Milton's Comus,

"Unknown, and like esteemed, and the dull swain   Treads on it daily with his clouted shoon;"

the interesting, human, and vividly told story of one of the wisest and most useful lives in our own history, and perhaps in any history. In Franklin's Autobiography is offered not so much a ready-made formula for success, as the companionship of a real flesh and blood man of extraordinary mind and quality, whose daily walk and conversation will help us to meet our own difficulties, much as does the example of a wise and strong friend. While we are fascinated by the story, we absorb the human experience through which a strong and helpful character is building.

The thing that makes Franklin's Autobiography different from every other life story of a great and successful man is just this human aspect of the account. Franklin told the story of his life, as he himself says, for the benefit of his posterity. He wanted to help them by the relation of his own rise from obscurity and poverty to eminence and wealth. He is not unmindful of the importance of his public services and their recognition, yet his accounts of these achievements are given only as a part of the story, and the vanity displayed is incidental and in keeping with the honesty of the recital. There is nothing of the impossible in the method and practice of Franklin as he sets them forth. The youth who reads the fascinating story is astonished to find that Franklin in his early years struggled with the same everyday passions and difficulties that he himself experiences, and he loses the sense of discouragement that comes from a realization of his own shortcomings and inability to attain.

There are other reasons why the Autobiography should be an intimate friend of American young people. Here they may establish a close relationship with one of the foremost Americans as well as one of the wisest men of his age.

The life of Benjamin Franklin is of importance to every American primarily because of the part he played in securing the independence of the United States and in establishing it as a nation. Franklin shares with Washington the honors of the Revolution, and of the events leading to the birth of the new nation. While Washington was the animating spirit of the struggle in the colonies, Franklin was its ablest champion abroad. To Franklin's cogent reasoning and keen satire, we owe the clear and forcible presentation of the American case in England and France; while to his personality and diplomacy as well as to his facile pen, we are indebted for the foreign alliance and the funds without which Washington's work must have failed. His patience, fortitude, and practical wisdom, coupled with self-sacrificing devotion to the cause of his country, are hardly less noticeable than similar qualities displayed by Washington. In fact, Franklin as a public man was much like Washington, especially in the entire disinterestedness of his public service.

Franklin is also interesting to us because by his life and teachings he has done more than any other American to advance the material prosperity of his countrymen....