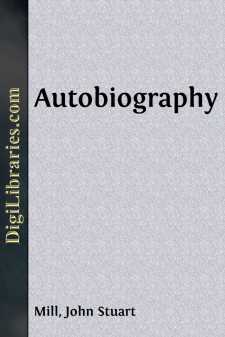 CHAPTER I CHILDHOOD AND EARLY EDUCATION

It seems proper that I should prefix to the following biographical sketch some mention of the reasons which have made me think it desirable that I should leave behind me such a memorial of so uneventful a life as mine. I do not for a moment imagine that any part of what I have to relate can be interesting to the public as a narrative or as being connected with myself. But I have thought that in an age in which education and its improvement are the subject of more, if not of profounder, study than at any former period of English history, it may be useful that there should be some record of an education which was unusual and remarkable, and which, whatever else it may have done, has proved how much more than is commonly supposed may be taught, and well taught, in those early years which, in the common modes of what is called instruction, are little better than wasted. It has also seemed to me that in an age of transition in opinions, there may be somewhat both of interest and of benefit in noting the successive phases of any mind which was always pressing forward, equally ready to learn and to unlearn either from its own thoughts or from those of others. But a motive which weighs more with me than either of these, is a desire to make acknowledgment of the debts which my intellectual and moral development owes to other persons; some of them of recognised eminence, others less known than they deserve to be, and the one to whom most of all is due, one whom the world had no opportunity of knowing. The reader whom these things do not interest, has only himself to blame if he reads farther, and I do not desire any other indulgence from him than that of bearing in mind that for him these pages were not written.

I was born in London, on the 20th of May, 1806, and was the eldest son of James Mill, the author of the History of British India. My father, the son of a petty tradesman and (I believe) small farmer, at Northwater Bridge, in the county of Angus, was, when a boy, recommended by his abilities to the notice of Sir John Stuart, of Fettercairn, one of the Barons of the Exchequer in Scotland, and was, in consequence, sent to the University of Edinburgh, at the expense of a fund established by Lady Jane Stuart (the wife of Sir John Stuart) and some other ladies for educating young men for the Scottish Church. He there went through the usual course of study, and was licensed as a Preacher, but never followed the profession; having satisfied himself that he could not believe the doctrines of that or any other Church. For a few years he was a private tutor in various families in Scotland, among others that of the Marquis of Tweeddale, but ended by taking up his residence in London, and devoting himself to authorship. Nor had he any other means of support until 1819, when he obtained an appointment in the India House.

In this period of my father's life there are two things which it is impossible not to be struck with: one of them unfortunately a very common circumstance, the other a most uncommon one....