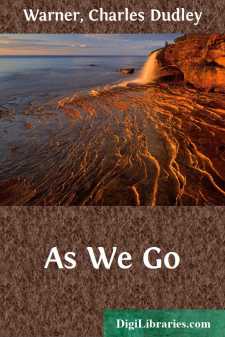 We are so much accustomed to kings and queens and other privileged persons of that sort in this world that it is only on reflection that we wonder how they became so. The mystery is not their continuance, but how did they get a start? We take little help from studying the bees —originally no one could have been born a queen. There must have been not only a selection, but an election, not by ballot, but by consent some way expressed, and the privileged persons got their positions because they were the strongest, or the wisest, or the most cunning. But the descendants of these privileged persons hold the same positions when they are neither strong, nor wise, nor very cunning. This also is a mystery. The persistence of privilege is an unexplained thing in human affairs, and the consent of mankind to be led in government and in fashion by those to whom none of the original conditions of leadership attach is a philosophical anomaly. How many of the living occupants of thrones, dukedoms, earldoms, and such high places are in position on their own merits, or would be put there by common consent? Referring their origin to some sort of an election, their continuance seems to rest simply on forbearance. Here in America we are trying a new experiment; we have adopted the principle of election, but we have supplemented it with the equally authoritative right of deposition. And it is interesting to see how it has worked for a hundred years, for it is human nature to like to be set up, but not to like to be set down. If in our elections we do not always get the best—perhaps few elections ever did—we at least do not perpetuate forever in privilege our mistakes or our good hits.

The celebration in New York, in 1889, of the inauguration of Washington was an instructive spectacle. How much of privilege had been gathered and perpetuated in a century? Was it not an occasion that emphasized our republican democracy? Two things were conspicuous. One was that we did not honor a family, or a dynasty, or a title, but a character; and the other was that we did not exalt any living man, but simply the office of President. It was a demonstration of the power of the people to create their own royalty, and then to put it aside when they have done with it. It was difficult to see how greater honors could have been paid to any man than were given to the President when he embarked at Elizabethport and advanced, through a harbor crowded with decorated vessels, to the great city, the wharves and roofs of which were black with human beings —a holiday city which shook with the tumult of the popular welcome. Wherever he went he drew the swarms in the streets as the moon draws the tide. Republican simplicity need not fear comparison with any royal pageant when the President was received at the Metropolitan, and, in a scene of beauty and opulence that might be the flowering of a thousand years instead of a century, stood upon the steps of the "dais" to greet the devoted Centennial Quadrille, which passed before him with the courageous five, 'Imperator, morituri te salutamus'....