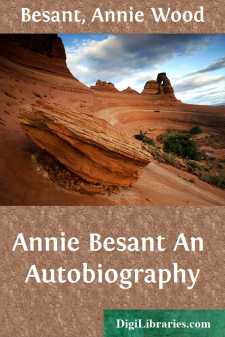 "OUT OF THE EVERYWHERE INTO THE HERE."

A friendly astrologer has drawn for me the following chart, showing the position of the planets at this, to me fateful, moment; but I know nothing of astrology, so feel no wiser as I gaze upon my horoscope.

Keeping in view the way in which sun, moon, and planets influence the physical condition of the earth, there is nothing incongruous with the orderly course of nature in the view that they also influence the physical bodies of men, these being part of the physical earth, and largely moulded by its conditions. Any one who knows the characteristics ascribed to those who are born under the several signs of the Zodiac, may very easily pick out the different types among his own acquaintances, and he may then get them to go to some astrologer and find out under what signs they were severally born. He will very quickly discover that two men of completely opposed types are not born under the same sign, and the invariability of the concurrence will convince him that law, and not chance, is at work. We are born into earthly life under certain conditions, just as we were physically affected by them pre-natally, and these will have their bearing on our subsequent physical evolution. At the most, astrology, as it is now practised, can only calculate the interaction between these physical conditions at any given moment, and the conditions brought to them by a given person whose general constitution and natal condition are known. It cannot say what the person will do, nor what will happen to him, but only what will be the physical district, so to speak, in which he will find himself, and the impulses that will play upon him from external nature and from his own body. Even on those matters modern astrology is not quite reliable—judging from the many blunders made—or else its professors are very badly instructed; but that there is a real science of astrology I have no doubt, and there are some men who are past masters in it.

It has always been somewhat of a grievance to me that I was born in London, "within the sound of Bow Bells," when three-quarters of my blood and all my heart are Irish. My dear mother was of purest Irish descent, and my father was Irish on his mother's side, though belonging to the Devonshire Woods on his father's. The Woods were yeomen of the sturdy English type, farming their own land in honest, independent fashion. Of late years they seem to have developed more in the direction of brains, from the time, in fact, that Matthew Wood became Mayor of London town, fought Queen Caroline's battles against her most religious and gracious royal husband, aided the Duke of Kent with no niggard hand, and received a baronetcy for his services from the Duke of Kent's royal daughter. Since then they have given England a Lord Chancellor in the person of the gentle-hearted and pure-living Lord Hatherley, while others have distinguished themselves in various ways in the service of their country....