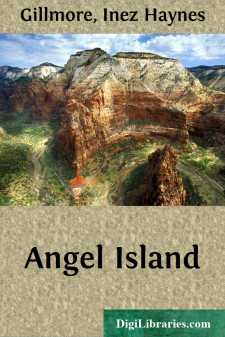 It was the morning after the shipwreck. The five men still lay where they had slept. A long time had passed since anybody had spoken. A long time had passed since anybody had moved. Indeed, it, looked almost as if they would never speak or move again. So bruised and bloodless of skin were they, so bleak and sharp of feature, so stark and hollow of eye, so rigid and moveless of limb that they might have been corpses. Mentally, too, they were almost moribund. They stared vacantly, straight out to sea. They stared with the unwinking fixedness of those whose gaze is caught in hypnotic trance.

It was Frank Merrill who broke the silence finally. Merrill still looked like a man of marble and his voice still kept its unnatural tone, level, monotonous, metallic. "If I could only forget the scream that Norton kid gave when he saw the big wave coming. It rings in my head. And the way his mother pressed his head down on her breast—oh, my God!"

His listeners knew that he was going to say this. They knew the very words in which he would put it. All through the night-watches he had said the same thing at intervals. The effect always was of a red-hot wire drawn down the frayed ends of their nerves. But again one by one they themselves fell into line.

"It was that old woman I remember," said Honey Smith. There were bruises, mottled blue and black, all over Honey's body. There was a falsetto whistling to Honey's voice. "That Irish granny! She didn't say a word. Her mouth just opened until her jaw fell. Then the wave struck!" He paused. He tried to control the falsetto whistling. But it got away from him. "God, I bet she was dead before it touched her!"

"That was the awful thing about it," Pete Murphy groaned. "It was as inevitable now as an antiphonal chorus. Pete's little scarred, scratched, bleeding body rocked back and forth. The women and children! But it all came so quick. I was close beside 'the Newlyweds.' She put her arms around his neck and said, 'Your face'll be the last I'll look on in this life, dearest! 'And she stayed there looking into his eyes. It was the last face she saw all right." Pete stopped and his brow blackened. "While she was sick in her stateroom, he'd been looking into a good many faces besides hers, the—"

"I don't seem to remember anything definite about it," Billy Fairfax said. It was strange to hear that beating pulse of horror in Billy's mild tones and to see that look of terror frozen on his mild face. "I had the same feeling that I've had in nightmares lots of times—that it was horrible—and—I didn't think I could stand it another moment—but—of course it would soon end—like all nightmares and I'd wake up."

Without reason, they fell again into silence.

They had passed through two distinct psychological changes since the sea spewed them up. When consciousness returned, they gathered into a little terror-stricken, gibbering group. At first they babbled. At first inarticulate, confused, they dripped strings of mere words; expletives, exclamations, detached phrases, broken clauses, sentences that started with subjects and trailed, unpredicated, to stupid silence; sentences beginning subjectless and hobbling to futile conclusion....