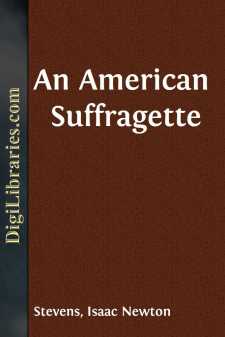 A DOCTOR RETURNS FROM INDIA

Among the hundreds of people who were awaiting the arrival of the big Cunarder there were two groups, the second of which seemed determined that the first should not get far away. The young men of which this second group was composed represented the various newspapers of New York City, and while a "beat" was evidently impossible, each of them was determined to get a line for his own journal from the returning hero, Dr. John Earl, which he would not share with the others of the fraternity, and several of them held anxious consultations with their photographers who, by special permit, had been allowed upon the pier.

The other group had moved a number of times to escape the cameras, and a red-haired youth was expatiating upon the glories of American scientific achievement, concluding with a peroration that called forth an exclamation from one of the older men:

"Oh, shut up, Bedford; you sound like a Fourth of July oration. Who are the people you are trying to snapshot for your lurid sheet?" he said wearily, as becomes a Chicago newspaper man when in New York.

The red-headed one looked at him with cheerful surprise. "Don't you know anybody?" he asked. "The tall, handsome blonde is Mrs. Ramsey, wife of George Ramsey, at whose frown the great gods sit tight and the little ones scuttle to cover. Luckily, he is a kindly disposed arbiter and the Street basks under his smile."

The Chicagoan turned and looked at the lady curiously, and the reporter went on: "The fair-haired lady with the wild-rose face is old Gordon Kimball's daughter; born with a diamond teething ring in her mouth, but has never succeeded in getting anything else of value inside her pretty head."

"Well, she doesn't have to," said the Westerner.

Young Bedford grinned. "That's what Dr. Earl thinks; he can furnish brains for the family. Their engagement was reported two months ago. The man with them is Earl's brother, Frank Earl, corporation lawyer, amateur actor, one of those guys that does everything well, and never gives away his own hand. Go after him for a story about some combination his road has gone into and you come away with a great spiel about bumper crops; always gives you the glad hand, but nothing in it. You'd never take him for Mrs. Ramsey's brother, would you? She's a looker, all right. So is Dr. Earl, one of these big, handsome, powerful-looking men that makes folks ask who he is."

"What's all the hullabaloo about, anyhow?" asked the Chicago man.

"Where have you been that you don't know about Earl?" answered Bedford. "Why, I thought everybody in the country had heard of him. He's the chap that raises the dead, you know; just takes 'em by the hand, makes a few passes, and says, 'Say, it's time to wake up, old fellow,' and the dead one sits up and asks for beefsteak. He's the man that saved Hall, the copper mines king, over in Paris. Hall was finished, all done but putting him in a box, when in comes Dr. Earl. 'Let him alone,' he says. 'He's tired out. When he finishes this nap he'll be just as good as new.' But you know how impetuous the French are, and they were going to have poor old Hall done for, sure enough, when this Earl man stands them off, and promises to bring Hall 'round in six hours....