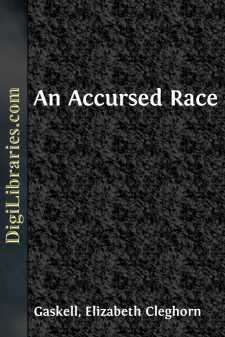 We have our prejudices in England.  Or, if that assertion offends any of my readers, I will modify it: we have had our prejudices in England.  We have tortured Jews; we have burnt Catholics and Protestants, to say nothing of a few witches and wizards.  We have satirized Puritans, and we have dressed-up Guys.  But, after all, I do not think we have been so bad as our Continental friends.  To be sure, our insular position has kept us free, to a certain degree, from the inroads of alien races; who, driven from one land of refuge, steal into another equally unwilling to receive them; and where, for long centuries, their presence is barely endured, and no pains is taken to conceal the repugnance which the natives of “pure blood” experience towards them.

There yet remains a remnant of the miserable people called Cagots in the valleys of the Pyrenees; in the Landes near Bourdeaux; and, stretching up on the west side of France, their numbers become larger in Lower Brittany.  Even now, the origin of these families is a word of shame to them among their neighbours; although they are protected by the law, which confirmed them in the equal rights of citizens about the end of the last century.  Before then they had lived, for hundreds of years, isolated from all those who boasted of pure blood, and they had been, all this time, oppressed by cruel local edicts.  They were truly what they were popularly called, The Accursed Race.

All distinct traces of their origin are lost.  Even at the close of that period which we call the Middle Ages, this was a problem which no one could solve; and as the traces, which even then were faint and uncertain, have vanished away one by one, it is a complete mystery at the present day.  Why they were accursed in the first instance, why isolated from their kind, no one knows.  From the earliest accounts of their state that are yet remaining to us, it seems that the names which they gave each other were ignored by the population they lived amongst, who spoke of them as Crestiaa, or Cagots, just as we speak of animals by their generic names.  Their houses or huts were always placed at some distance out of the villages of the country-folk, who unwillingly called in the services of the Cagots as carpenters, or tilers, or slaters—trades which seemed appropriated by this unfortunate race—who were forbidden to occupy land, or to bear arms, the usual occupations of those times.  They had some small right of pasturage on the common lands, and in the forests: but the number of their cattle and live-stock was strictly limited by the earliest laws relating to the Cagots.  They were forbidden by one act to have more than twenty sheep, a pig, a ram, and six geese.  The pig was to be fattened and killed for winter food; the fleece of the sheep was to clothe them; but if the said sheep had lambs, they were forbidden to eat them.  Their only privilege arising from this increase was, that they might choose out the strongest and finest in preference to keeping the old sheep.  At Martinmas the authorities of the commune came round, and counted over the stock of each Cagot.  If he had more than his appointed number, they were forfeited; half went to the commune, half to the baillie, or chief magistrate of the commune.  The poor beasts were limited as to the amount of common which they might stray over in search of grass.  While the cattle of the inhabitants of the commune might wander hither and thither in search of the sweetest herbage, the deepest shade, or the coolest pool in which to stand on the hot days, and lazily switch their dappled sides, the Cagot sheep and pig had to learn imaginary bounds, beyond which if they strayed, any one might snap them up, and kill them, reserving a part of the flesh for his own use, but graciously restoring the inferior parts to their original owner.  Any damage done by the sheep was, however, fairly appraised, and the Cagot paid no more for it than any other man would have done....