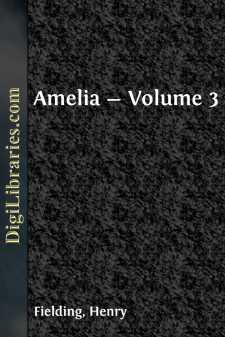 In which the history looks backwards.

Before we proceed farther with our history it may be proper to look back a little, in order to account for the late conduct of Doctor Harrison; which, however inconsistent it may have hitherto appeared, when examined to the bottom will be found, I apprehend, to be truly congruous with all the rules of the most perfect prudence as well as with the most consummate goodness.

We have already partly seen in what light Booth had been represented to the doctor abroad. Indeed, the accounts which were sent of the captain, as well by the curate as by a gentleman of the neighbourhood, were much grosser and more to his disadvantage than the doctor was pleased to set them forth in his letter to the person accused. What sense he had of Booth's conduct was, however, manifest by that letter. Nevertheless, he resolved to suspend his final judgment till his return; and, though he censured him, would not absolutely condemn him without ocular demonstration.

The doctor, on his return to his parish, found all the accusations which had been transmitted to him confirmed by many witnesses, of which the curate's wife, who had been formerly a friend to Amelia, and still preserved the outward appearance of friendship, was the strongest. She introduced all with—"I am sorry to say it; and it is friendship which bids me speak; and it is for their good it should be told you." After which beginnings she never concluded a single speech without some horrid slander and bitter invective.

Besides the malicious turn which was given to these affairs in the country, which were owing a good deal to misfortune, and some little perhaps to imprudence, the whole neighbourhood rung with several gross and scandalous lies, which were merely the inventions of his enemies, and of which the scene was laid in London since his absence.

Poisoned with all this malice, the doctor came to town; and, learning where Booth lodged, went to make him a visit. Indeed, it was the doctor, and no other, who had been at his lodgings that evening when Booth and Amelia were walking in the Park, and concerning which the reader may be pleased to remember so many strange and odd conjectures.

Here the doctor saw the little gold watch and all those fine trinkets with which the noble lord had presented the children, and which, from the answers given him by the poor ignorant, innocent girl, he could have no doubt had been purchased within a few days by Amelia.

This account tallied so well with the ideas he had imbibed of Booth's extravagance in the country, that he firmly believed both the husband and wife to be the vainest, silliest, and most unjust people alive. It was, indeed, almost incredible that two rational beings should be guilty of such absurdity; but, monstrous and absurd as it was, ocular demonstration appeared to be the evidence against them.

The doctor departed from their lodgings enraged at this supposed discovery, and, unhappily for Booth, was engaged to supper that very evening with the country gentleman of whom Booth had rented a farm....