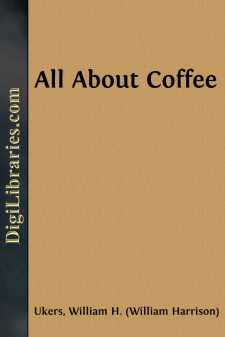 Add to My Favorites
Published: 8 years ago
Downloads: 178
Rating: (0 Votes)

Seventeen years ago the author of this work made his first trip abroad to gather material for a book on coffee. Subsequently he spent a year in travel among the coffee-producing countries. After the initial surveys, correspondents were appointed to make researches in the principal European libraries and museums; and this phase of the work continued until April, 1922. Simultaneous researches were conducted in American libraries and historical museums up to the time of the return of the final proofs to the printer in June, 1922.

Ten years ago the sorting and classification of the material was begun. The actual writing of the manuscript has extended over four years.

Among the unique features of the book are the Coffee Thesaurus; the Coffee Chronology, containing 492 dates of historical importance; the Complete Reference Table of the Principal Kinds of Coffee Grown in the World; and the Coffee Bibliography, containing 1,380 references.

The most authoritative works on this subject have been Robinson's The Early History of Coffee Houses in England, published in London in 1893; and Jardin's Le Café, published in Paris in 1895. The author wishes to acknowledge his indebtedness to both for inspiration and guidance. Other works, Arabian, French, English, German, and Italian, dealing with particular phases of the subject, have been laid under contribution; and where this has been done, credit is given by footnote reference. In all cases where it has been possible to do so, however, statements of historical facts have been verified by independent research. Not a few items have required months of tracing to confirm or to disprove.

The chapters on The Chemistry of Coffee and The Pharmacology of Coffee have been prepared under the author's direction by Charles W. Trigg, industrial fellow of the Mellon Institute of Industrial Research.

The author wishes to acknowledge, with thanks, valuable assistance and numerous courtesies by the officials of the following institutions:

Thanks and appreciation are due also to:

Charles James Jackson, London, for permission to quote from his Illustrated History of English Plate;

Francis Hill Bigelow, author; and The Macmillan Company, publishers, for permission to reproduce illustrations from Historic Silver of the Colonies;

H.G. Dwight, author; and Charles Scribner's Sons, publishers, for permission to quote from Constantinople, Old and New, and from the article on "Turkish Coffee Houses" in Scribner's Magazine;

Walter G. Peter, Washington, D.C., for permission to photograph and reproduce pictures of articles in the Peter collection at the United States National Museum;