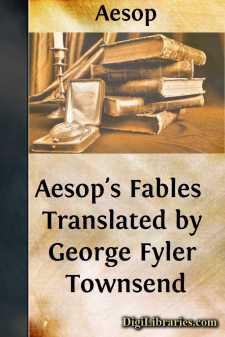 Add to My Favorites
Published: 10 years ago
Downloads: 45
Rating: (1 Vote)

AESOP'S FABLES The Wolf And The Lamb

WOLF, meeting with a Lamb astray from the fold, resolved not to lay violent hands on him, but to find some plea to justify to the Lamb the Wolf's right to eat him. He thus addressed him: "Sirrah, last year you grossly insulted me." "Indeed," bleated the Lamb in a mournful tone of voice, "I was not then born." Then said the Wolf, "You feed in my pasture." "No, good sir," replied the Lamb, "I have not yet tasted grass." Again said the Wolf, "You drink of my well." "No," exclaimed the Lamb, "I never yet drank water, for as yet my mother's milk is both food and drink to me." Upon which the Wolf seized him and ate him up, saying, "Well! I won't remain supperless, even though you refute every one of my imputations." The tyrant will always find a pretext for his tyranny.

The Bat And The Weasels

It is wise to turn circumstances to good account.

The Ass And The Grasshopper

AN ASS having heard some Grasshoppers chirping, was highly enchanted; and, desiring to possess the same charms of melody, demanded what sort of food they lived on to give them such beautiful voices. They replied, "The dew." The Ass resolved that he would live only upon dew, and in a short time died of hunger.

The Lion And The Mouse

A LION was awakened from sleep by a Mouse running over his face. Rising up angrily, he caught him and was about to kill him, when the Mouse piteously entreated, saying: "If you would only spare my life, I would be sure to repay your kindness." The Lion laughed and let him go. It happened shortly after this that the Lion was caught by some hunters, who bound him by strong ropes to the ground. The Mouse, recognizing his roar, came and gnawed the rope with his teeth, and set him free, exclaiming:

"You ridiculed the idea of my ever being able to help you, not expecting to receive from me any repayment of your favor; now you know that it is possible for even a Mouse to confer benefits on a Lion."

The Charcoal-Burner And The Fuller

A CHARCOAL-BURNER carried on his trade in his own house. One day he met a friend, a Fuller, and entreated him to come and live with him, saying that they should be far better neighbors and that their housekeeping expenses would be lessened. The Fuller replied, "The arrangement is impossible as far as I am concerned, for whatever I should whiten, you would immediately blacken again with your charcoal."

The Father And His Sons

A FATHER had a family of sons who were perpetually quarreling among themselves....