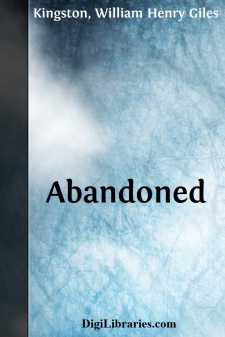 It was now exactly seven months since the balloon voyagers had been thrown on Lincoln Island. During that time, notwithstanding the researches they had made, no human being had been discovered. No smoke even had betrayed the presence of man on the surface of the island. No vestiges of his handiwork showed that either at an early or at a late period had man lived there. Not only did it now appear to be uninhabited by any but themselves, but the colonists were compelled to believe that it never had been inhabited. And now, all this scaffolding of reasonings fell before a simple ball of metal, found in the body of an inoffensive rodent! In fact, this bullet must have issued from a firearm, and who but a human being could have used such a weapon?

When Pencroft had placed the bullet on the table, his companions looked at it with intense astonishment. All the consequences likely to result from this incident, notwithstanding its apparent insignificance, immediately took possession of their minds. The sudden apparition of a supernatural being could not have startled them more completely.

Cyrus Harding did not hesitate to give utterance to the suggestions which this fact, at once surprising and unexpected, could not fail to raise in his mind. He took the bullet, turned it over and over, rolled it between his finger and thumb; then, turning to Pencroft, he asked,—

"Are you sure that the peccary wounded by this bullet was not more than three months old?"

"Not more, captain," replied Pencroft. "It was still sucking its mother when I found it in the trap."

"Well," said the engineer, "that proves that within three months a gun-shot was fired in Lincoln Island."

"And that a bullet," added Gideon Spilett, "wounded, though not mortally, this little animal."

"That is unquestionable," said Cyrus Harding, "and these are the deductions which must be drawn from this incident: that the island was inhabited before our arrival, or that men have landed here within three months. Did these men arrive here voluntarily or involuntarily, by disembarking on the shore or by being wrecked? This point can only be cleared up later. As to what they were, Europeans or Malays, enemies or friends of our race, we cannot possibly guess; and if they still inhabit the island, or if they have left it, we know not. But these questions are of too much importance to be allowed to remain long unsettled."

"No! a hundred times no! a thousand times no!" cried the sailor, springing up from the table. "There are no other men than ourselves on Lincoln Island! By my faith! The island isn't large, and if it had been inhabited, we should have seen some of the inhabitants long before this!"

"In fact, the contrary would be very astonishing," said Herbert.

"But it would be much more astonishing, I should think," observed the reporter, "that this peccary should have been born with a bullet in its inside!"

"At least," said Neb seriously, "if Pencroft has not had—"

"Look here, Neb," burst out Pencroft. "Do you think I could have a bullet in my jaw for five or six months without finding it out? Where could it be hidden?" he asked opening his mouth to show the two-and-thirty teeth with which it was furnished. "Look well, Neb, and if you find one hollow tooth in this set, I will let you pull out half a dozen!"

"Neb's supposition is certainly inadmissible," replied Harding, who, notwithstanding the gravity of his thoughts, could not restrain a smile. "It is certain that a gun has been fired in the island, within three months at most. But I am inclined to think that the people who landed on this coast were only here a very short time ago, or that they just touched here; for if, when we surveyed the island from the summit of Mount Franklin, it had been inhabited, we should have seen them or we should have been seen ourselves. It is therefore probable that within only a few weeks castaways have been thrown by a storm on some part of the coast. However that may be, it is of consequence to us to have this point settled."

"I think that we should act with caution," said the reporter.

"Such is my advice," replied Cyrus Harding, "for it is to be feared that Malay pirates have landed on the island!"

"Captain," asked the sailor, "would it not be a good plan, before setting out, to build a canoe in which we could either ascend the river, or, if we liked, coast round the island? It will not do to be unprovided."

"Your idea is good, Pencroft," replied the engineer, "but we cannot wait for that....