A Reckless Character And Other Stories 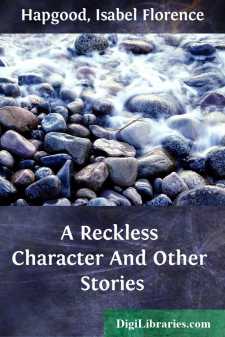 There were eight of us in the room, and we were discussing contemporary matters and persons,

"I do not understand these gentlemen!" remarked A.—"They are fellows of a reckless sort…. Really, desperate…. There has never been anything of the kind before."

"Yes, there has," put in P., a grey-haired old man, who had been born about the twenties of the present century;—"there were reckless men in days gone by also. Some one said of the poet Yázykoff, that he had enthusiasm which was not directed to anything, an objectless enthusiasm; and it was much the same with those people—their recklessness was without an object. But see here, if you will permit me, I will narrate to you the story of my grandnephew, MГѓ­sha Pólteff. It may serve as a sample of the recklessness of those days."

He made his appearance in God's daylight in the year 1828, I remember, on his father's ancestral estate, in one of the most remote nooks of a remote government of the steppes. I still preserve a distinct recollection of MГѓ­sha's father, Andréi Nikoláevitch Pólteff. He was a genuine, old-fashioned landed proprietor, a pious inhabitant of the steppes, sufficiently well educated,—according to the standards of that epoch,—rather crack-brained, if the truth must be told, and subject, in addition, to epileptic fits…. That also is an old-fashioned malady…. However, Andréi Nikoláevitch's attacks were quiet, and they generally terminated in a sleep and in a fit of melancholy.—He was kind of heart, courteous in manner, not devoid of some pomposity: I have always pictured to myself the Tzar MikhaГѓ­l Feódorovitch as just that sort of a man.

Andréi Nikoláevitch's whole life flowed past in the punctual discharge of all the rites established since time immemorial, in strict conformity with all the customs of ancient-orthodox, Holy-Russian life. He rose and went to bed, he ate and went to the bath, he waxed merry or wrathful (he did both the one and the other rarely, it is true), he even smoked his pipe, he even played cards (two great innovations!), not as suited his fancy, not after his own fashion, but in accordance with the rule and tradition handed down from his ancestors, in proper and dignified style. He himself was tall of stature, of noble mien and brawny; he had a quiet and rather hoarse voice, as is frequently the case with virtuous Russians; he was neat about his linen and his clothing, wore white neckerchiefs and long-skirted coats of snuff-brown hue, but his noble blood made itself manifest notwithstanding; no one would have taken him for a priest's son or a merchant! Andréi Nikoláevitch always knew, in all possible circumstances and encounters, precisely how he ought to act and exactly what expressions he must employ; he knew when he ought to take medicine, and what medicine to take, which symptoms he should heed and which might be disregarded … in a word, he knew everything that it was proper to do…. It was as though he said: "Everything has been foreseen and decreed by the old men—the only thing is not to devise anything of your own…....