A Popular History of France from the Earliest Times, Volume 6 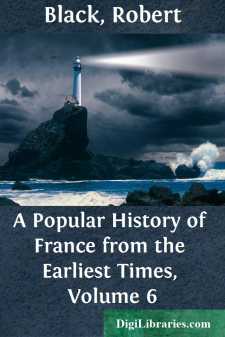 CHAPTER XLIX.LOUIS XIV. AND HIS COURT.

Louis XIV. reigned everywhere, over his people, over his age, often over Europe; but nowhere did he reign so completely as over his court. Never were the wishes, the defects, and the vices of a man so completely a law to other men as at the court of Louis XIV. during the whole period of his long life. When near to him, in the palace of Versailles, men lived, and hoped, and trembled; everywhere else in France, even at Paris, men vegetated. The existence of the great lords was concentrated in the court, about the person of the king. Scarcely could the most important duties bring them to absent themselves for any time. They returned quickly, with alacrity, with ardor; only poverty or a certain rustic pride kept gentlemen in their provinces. "The court does not make one happy," says La Bruyere, "it prevents one from being so anywhere else."

At the outset of his reign, and when, on the death of Cardinal Mazarin, he took the reins of power in hand, Louis XIV. had resolved to establish about him, in his dominions and at his court, "that humble obedience on the part of subjects to those who are set over them," which he regarded as "one of the most fundamental maxims of Christianity." "As the principal hope for the reforms I contemplated establishing in my kingdom lay in my own will," says he in his Memoires, "the first step towards their foundation was to render my will quite absolute by a line of conduct which should induce submission and respect, rendering justice scrupulously to any to whom I owed it, but, as for favors, granting them freely and without constraint to any I pleased and when I pleased, provided that the sequel of my acts showed that, for all my giving no reason to anybody, I was none the less guided by reason."

The principle of absolute power, firmly fixed in the young king's mind, began to pervade his court from the time that he disgraced Fouquet and ceased to dissemble his affection for Mdlle. de La Valliere. She was young, charming, and modest. Of all the king's favorites she alone loved him sincerely. "What a pity he is a king!" she would say. Louis XIV. made her a duchess; but all she cared about was to see him and please him. When Madame de Montespan began to supplant her in the king's favor, the grief of Madame de La Valliere was so great that she thought she should die of it. Then she turned to God, in penitence and despair. Twice she sought refuge in a convent at Chaillot. "I should have left the court sooner," she sent word to the king on leaving, "after having lost the honor of your good graces, if I could have prevailed upon myself never to see you again; that weakness was so strong in me that hardly now am I capable of making a sacrifice of it to God; after having given you all my youth, the rest of my life is not too much for the care of my salvation." The king still clung to her. "He sent M. Colbert to beg her earnestly to come to Versailles, and that he might speak with her. M. Colbert escorted her thither; the king conversed for an hour with her, and wept bitterly....