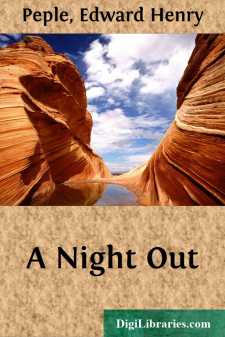 Omar Ben Sufi was a cat. This unadorned statement would have wounded Omar Ben to the marrow of his pride, for he chanced to be a splendid tiger-marked feline of purest Persian breed, with glorious yellow eyes and a Solomon-in-all-his-glory tail. His pedigree could be traced directly back to Padisha Zim Yuki Yowsi Zind—a dignity, in itself, sufficient to cause an aristocratic languor; but, to the layman, he was just a cat.

He dwelt with an exclusive family of humans in a little eighty-thousand-dollar cottage on the outskirts of vulgarity—which is to say, the villa was situated near enough to town to admit of marketing, but far enough removed therefrom to escape the clatter of plebeian toil and the noxious contact with the unhealthy, unwealthy herd. Here the humans entertained selected friends who came at the ends of weeks to admire the splendor of Omar Ben's tail, to bow down to the humans' money, and to hate them fiercely because they had it.

The master did not toil. He lived, for certain hours of the day, in Wall Street, where he sank his patrician fingers into the throats of lesser men, squeezed them dry, then washed his hands in violet water, and built a church. True, he did not attend this church himself, but he built it; otherwise his neighbors might have been deprived of the opportunity of praising God.

Omar Ben had a French maid all to himself—a perky little human with a quasi-kinship to the feline race—who combed him and brushed him and slicked him down and gave him endless, mortifying baths. Also, she tied lavender bows about his neck, and fed him from Dresden china on minute particles of flaked fish and raw sirloin, with a dessert of pasteurized cream.

In the rear of the eighty-thousand-dollar cottage there was a thirty-thousand-dollar flower-garden—an oppressively clean garden, where the big Jack-roses were as immaculate as a "mama's Lizzie-boy," and the well-bred, timid little violets seemed to long to play in the dirt, yet dared not because of the master-rule of "form." And here the clean cat used to sun himself in the clean garden, thinking his clean thoughts and perishing of ennui clean through.

Then, one day, from the vulgar outer world came an unclean incident.

Omar Ben became conscious of an uproar beyond the garden wall. It embraced a whimper of canine hope, a spitting taunt, and the patter of flying paws; then, suddenly, on the top of the high brick wall appeared a cat. The newcomer paused an instant to fling an obscene au revoir at the raging, disappointed dog, dropped carelessly down into a geranium-bed, and took his bearings.

He was not a patrician. Omar Ben eyed him in a sort of wondering awe. The stranger was a long-barreled, rumple-furred, devil-clawed street arab, of a caste—or no-caste—that battles for existence with the world—and beats it. On his tail were rings of missing fur, suggesting former attachments, not of lady friends, but of tin cans and strings. For further assets, he possessed one eye and a twisted smile. His present total liability lay in the dog beyond the wall, so the arab wasn't so badly fixed, after all. Besides, he owned property. It consisted of a bullfrog which he carried in his mouth, with its legs and web feet protruding in wriggly, but unavailing, protest.

To breathe the better, the street cat dropped his frog and set one mangy paw upon it; then, suddenly, he spied the Persian.