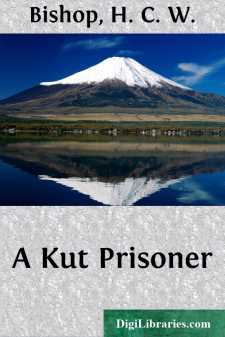 In India, in the early days of the war, a newly gazetted subaltern of the Indian Army Reserve of Officers was sent for a month's preliminary training to one of the few remaining British regular battalions. Afterwards he was attached to an Indian Regiment, and, if fortunate, went on service with the same battalion. A great number, however, were sent off to join other units in the field. In this way I found myself arriving in Basra on October 2nd, 1915, with a draft for a regiment of whom I had known nothing a few days before leaving India. However, the "Nobody's Child" feeling was very soon a thing of the past, and I was welcomed by a mess full of the best comrades any fellow could desire.

The battle of Es-Sinn had just taken place, and the 6th Division under General Townshend were then following the Turks up the Tigris above Kut. Our own fortune appeared to be to remain in Basra as part of the garrison; but, much to every one's delight, different news came a week or two later and on the 25th October we set off up stream, hoping to get right through to the front but with some fear that we might be kept at Amara.

In those days travelling up the Tigris took a long time, and we spent a fortnight in reaching Azizie, a journey which can now be accomplished mostly by rail in two days.

The regiment was accommodated on two of the river steamers, each having two big barges lashed alongside. The current is considerable and the heavily weighted steamer could only advance very slowly. In many places the river becomes very narrow, especially between Kurna and Amara, and much time was spent in bumping into sand-banks and struggling to get clear.

We made short halts at Kurna, Amara, and Kut, the latter striking one as a horribly dusty and dirty little Arab town. Every night we used to tie up to the bank, as navigation by night was too risky with so little water in the river. On the last stretch to Azizie, we were warned to be on the alert for Arab snipers, and great preparations were made accordingly. A few shots were fired next morning, but nothing more than one Arab in the distance was seen. Other boats and convoys coming up had a much more lively time from raiding parties of the local tribes.

Azizie was reached in the afternoon, and presented a scene of the greatest activity. The village itself consisted of only a few mud huts, but for some distance along the dusty bank of the river General Townshend's force was concentrated. Nothing could be a greater contrast to the deserted stretches of country through which we had passed than the bustle and life of a force about to advance.

A few days later—on Monday, November 15th—the whole of the 6th Division and attached troops were on the march for Bagdad, the first stage being El Kutunie, some seven miles only. Here three days were spent and the final preparations completed. There was a little sniping at night from the further bank of the river, but this was quickly dealt with by the Firefly, the first of the new monitors to come into commission on the river....