A History of Science - Volume 3 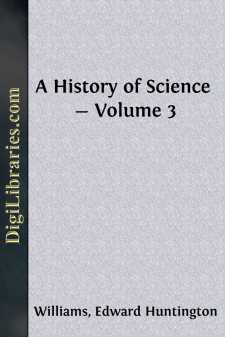 I. THE SUCCESSORS OF NEWTON IN ASTRONOMY HEVELIUS AND HALLEY

One of the great seventeenth-century astronomers, who died just before the close of the century, was Johannes Hevelius (1611-1687), of Dantzig, who advanced astronomy by his accurate description of the face and the spots of the moon. But he is remembered also for having retarded progress by his influence in refusing to use telescopic sights in his observations, preferring until his death the plain sights long before discarded by most other astronomers. The advantages of these telescope sights have been discussed under the article treating of Robert Hooke, but no such advantages were ever recognized by Hevelius. So great was Hevelius's reputation as an astronomer that his refusal to recognize the advantage of the telescope sights caused many astronomers to hesitate before accepting them as superior to the plain; and even the famous Halley, of whom we shall speak further in a moment, was sufficiently in doubt over the matter to pay the aged astronomer a visit to test his skill in using the old-style sights. Side by side, Hevelius and Halley made their observations, Hevelius with his old instrument and Halley with the new. The results showed slightly in the younger man's favor, but not enough to make it an entirely convincing demonstration. The explanation of this, however, did not lie in the lack of superiority of the telescopic instrument, but rather in the marvellous skill of the aged Hevelius, whose dexterity almost compensated for the defect of his instrument. What he might have accomplished could he have been induced to adopt the telescope can only be surmised.

Halley himself was by no means a tyro in matters astronomical at that time. As the only son of a wealthy soap-boiler living near London, he had been given a liberal education, and even before leaving college made such novel scientific observations as that of the change in the variation of the compass. At nineteen years of age he discovered a new method of determining the elements of the planetary orbits which was a distinct improvement over the old. The year following he sailed for the Island of St, Helena to make observations of the heavens in the southern hemisphere.

It was while in St. Helena that Halley made his famous observation of the transit of Mercury over the sun's disk, this observation being connected, indirectly at least, with his discovery of a method of determining the parallax of the planets....