A General History and Collection of Voyages and Travels, Volume 16 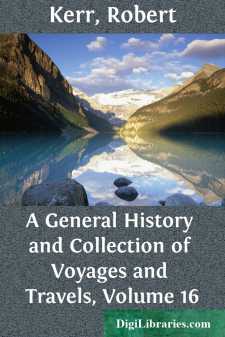 CHAPTER III. TRANSACTIONS AT OTAHEITE, AND THE SOCIETY ISLANDS; AND PROSECUTION OF THE VOYAGE TO THE COAST OF NORTH AMERICA. SECTION I. An Eclipse of the Moon observed.—The Island Toobouai discovered.—Its Situation, Extent, and Appearance.—Intercourse with its Inhabitants.—Their Persons, Dresses, and Canoes described.—Arrival at Oheitepeha Bay, at Otaheite.—Omai's Reception and imprudent Conduct.—Account of Spanish Ships twice visiting the Island.—Interview with the Chief of this District.—The Olla, or God, of Bolabola.—A mad Prophet.—Arrival in Matavai Bay.

Having, as before related, taken our final leave of the Friendly Islands, I now resume my narrative of the voyage. In the evening of the 17th of July, at eight o'clock, the body of Eaoo bore N.E. by N., distant three or four leagues. The wind was now at E., and blew a fresh gale. With it I stood to the S., till half an hour past six o'clock the next morning, when a sudden squall, from the same direction, took our ship aback; and, before the sails could be trimmed on the other tack, the main-sail and the top-gallant sails were much torn.

The latitude and longitude are those of the ship, at 8h 56m a.m., being the time when the sun's altitude was taken for finding the apparent time. At the beginning of the eclipse, the moon was in the zenith, so that it was found most convenient to make use of the sextants, and to make the observations by the reflected image, which was brought down to a convenient altitude. The same was done at the end, except by Mr King, who observed with a night telescope. Although the greatest difference between our several observations is no more than fifty seconds, it, nevertheless, appeared to me that two observers might differ more than double that time, in both the beginning and end. And, though the times are noted to seconds, no such accuracy was pretended to. The odd seconds set down above, arose by reducing the time, as given by the watch, to apparent time.

I continued to stretch to the E.S.E., with the wind at N.E. and N., without meeting with any thing worthy of note, till seven o'clock in the evening of the 29th, when we had a sudden and very heavy squall of wind from the N. At this time we were under single reefed topsails, courses, and stay-sails. Two of the latter were blown to pieces, and it was with difficulty that we saved the other sails. After this squall, we observed several lights moving about on board the Discovery, by which we concluded, that something had given way; and, the next morning, we saw that her main-top-mast had been lost....