A General History and Collection of Voyages and Travels - Volume 13 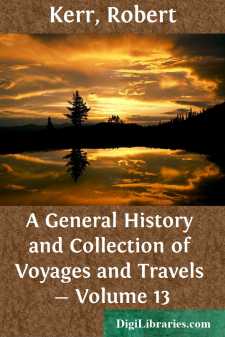 A particular Description of the Island of Otaheite; its Produce and Inhabitants; their Dress, Habitations, Food, Domestic Life and Amusements.

We found the longitude of Port Royal bay, in this island, as settled by Captain Wallis, who discovered it on the 9th of June, 1767, to be within half a degree of the truth. We found Point Venus, the northern extremity of the island, and the eastern point of the bay, to lie in the longitude of 149°13', this being the mean result of a great number of observations made upon the spot. The island is surrounded by a reef of coral rock, which forms several excellent bays and harbours, some of which have been particularly described, where there is room and depth of water far any number of the largest ships. Port Royal bay, called by the natives Matavai which is not inferior to any in Otaheite, may easily be known, by a very high mountain in the middle of the island, which bears due south from Point Venus. To sail into it; either keep the west point of the reef that lies before Point Venus, close on board, or give it a birth of near half a mile, in order to avoid a small shoal of coral rocks, on which there is but two fathoms and a half of water. The best anchoring is on the eastern side of the bay, where there is sixteen and fourteen fathom upon an oosy bottom. The shore of the bay is a fine sandy beach, behind which runs a river of fresh water, so that any number of ships may water here without incommoding each other; but the only wood for firing, upon the whole island, is that of fruit-trees, which must be purchased of the natives, or all hope of living upon good terms with them given up.

The face of the country, except that part of it which borders upon the sea, is very uneven; it rises in ridges that run up into the middle of the island, and there form mountains, which may be seen at the distance of sixty miles: Between the foot of these ridges and the sea, is a border of low land, surrounding the whole island, except in a few places where the ridges rise directly from the sea: The border of low land is in different parts of different breadths, but no where more than a mile and a half. The soil, except upon the very tops of the ridges, is extremely rich and fertile, watered by a great number of rivulets of excellent water, and covered with fruit-trees of various kinds, some of which are of a stately growth and thick foliage, so as to form, one continued wood; and even the tops of the ridges, though in general they are bare, and burnt up by the sun, are, in some parts, not without their produce.

The low land that lies between the foot of the ridges and the sea, and some of the vallies, are the only parts of the island that are inhabited, and here it is populous; the houses do not form villages or towns, but are ranged along the whole border at the distance of about fifty yards from each other, with little plantations of plantains, the tree which furnishes them with cloth. The whole island, according to Tupia's account, who certainly knew, could furnish six thousand seven hundred and eighty fighting men, from which the number of inhabitants may easily, be computed.[1]

[Footnote 1: It is questionable if the whole existing population of the island amount to the number now mentioned....
Show more
Show less