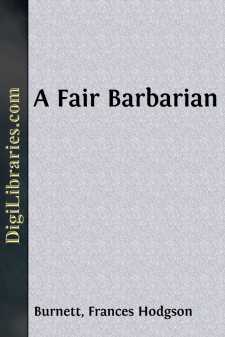 Slowbridge had been shaken to its foundations.

It may as well be explained, however, at the outset, that it would not take much of a sensation to give Slowbridge a great shock. In the first place, Slowbridge was not used to sensations, and was used to going on the even and respectable tenor of its way, regarding the outside world with private distrust, if not with open disfavor. The new mills had been a trial to Slowbridge,—a sore trial. On being told of the owners' plan of building them, old Lady Theobald, who was the corner-stone of the social edifice of Slowbridge, was said, by a spectator, to have turned deathly pale with rage; and, on the first day of their being opened in working order, she had taken to her bed, and remained shut up in her darkened room for a week, refusing to see anybody, and even going so far as to send a scathing message to the curate of St. James, who called in fear and trembling, because he was afraid to stay away.

"With mills and mill-hands," her ladyship announced to Mr. Laurence, the mill-owner, when chance first threw them together, "with mills and mill-hands come murder, massacre, and mob law." And she said it so loud, and with so stern an air of conviction, that the two Misses Briarton, who were of a timorous and fearful nature, dropped their buttered muffins (it was at one of the tea-parties which were Slowbridge's only dissipation), and shuddered hysterically, feeling that their fate was sealed, and that they might, any night, find three masculine mill-hands secreted under their beds, with bludgeons. But as no massacres took place, and the mill-hands were pretty regular in their habits, and even went so far as to send their children to Lady Theobald's free school, and accepted the tracts left weekly at their doors, whether they could read or not, Slowbridge gradually recovered from the shock of finding itself forced to exist in close proximity to mills, and was just settling itself to sleep—the sleep of the just—again, when, as I have said, it was shaken to its foundations.

It was Miss Belinda Bassett who received the first shock. Miss Belinda Bassett was a decorous little maiden lady, who lived in a decorous little house on High Street (which was considered a very genteel street in Slowbridge). She had lived in the same house all her life, her father had lived in it, and so also had her grandfather. She had gone out, to take tea, from its doors two or three times a week, ever since she had been twenty; and she had had her little tea-parties in its front parlor as often as any other genteel Slowbridge entertainer. She had risen at seven, breakfasted at eight, dined at two, taken tea at five, and gone to bed at ten, with such regularity for fifty years, that to rise at eight, breakfast at nine, dine at three, and take tea at six, and go to bed at eleven, would, she was firmly convinced, be but "to fly in the face of Providence," as she put it, and sign her own death-warrant. Consequently, it is easy to imagine what a tremor and excitement seized her when, one afternoon, as she sat waiting for her tea, a coach from the Blue Lion dashed—or, at least, almost dashed—up to the front door, a young lady got out, and the next minute the handmaiden, Mary Anne, threw open the door of the parlor, announcing, without the least preface,—

Miss Belinda got up, feeling that her knees really trembled beneath her....