A Daughter of Fife 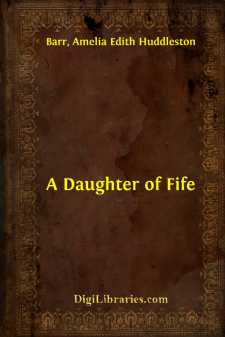 CHAPTER I. THE BEACHING OF THE BOAT.

On the shore of a little land-locked haven, into which the gulls and terns bring tidings of the sea, stands the fishing hamlet of Pittenloch. It is in the "East Neuk o' Fife," that bit of old Scotland "fronted with a girdle of little towns," of which Pittenloch is one of the smallest and the most characteristic. Some of the cottages stand upon the sands, others are grouped in a steep glen, and a few surmount the lofty sea-washed rocks.

To their inhabitants the sea is every thing. Their hopes and fears, their gains and losses, their joys and sorrows, are linked with it; and the largeness of the ocean has moulded their feelings and their characters. They are in a measure partakers of its immensity and its mystery. The commonest of their men have wrestled with the powers of the air, and the might of wind, and wave, and icy cold. The weakest of their women have felt the hallowing touch of sudden calamity, and of long, lonely, life-and-death, watches. They are intensely religious, they hold tenaciously to the modes of thought and speech, to the manner of living and dressing, and to all the household traditions which they have cherished for centuries.

Two voices only have had the power to move them from the even spirit of their life—the voice of Knox, and the voice of Chalmers. It was among the fishers of Fife that Knox began his crusade against popery; and from their very midst, in later days, sprang the champion of the Free Kirk. Otherwise rebellions and revolutions troubled them little. Whether Scotland's king sat in Edinburgh or London—whether Prince Charles or George of Hanover reigned, was to them of small importance. They lived apart from the battle of life, and only the things relating to their eternal salvation, or their daily bread, moved them.

Forty-two years ago there was no landward road to Pittenloch, unless you followed the goats down the steep rocks. There was not a horse or cart in the place; probably there was not a man in it who had ever seen a haymaking. If you went to Pittenloch, you went by the sea; if you left it, there was the same grand highway. And the great, bearded, sinewy men, bending to the oars, and sending the boat spinning through clouds of spindrift, made it, after all, a right royal road.

Forty-two years ago, one wild March afternoon, a young woman was standing on the beach of Pittenloch. There was an ominous wail in the sea, telling of the fierce tide yet to come; and all around her whirling wraiths of vapor sweeping across the level sands. From a little distance, she appeared like a woman standing amid gray clouds—a sombre, solid, figure; whose attitude was one of grave thoughtfulness....