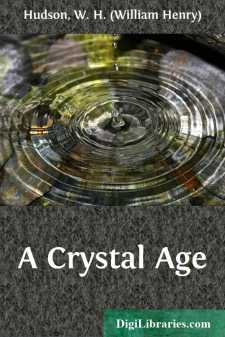 Romances of the future, however fantastic they may be, have for most of us a perennial if mild interest, since they are born of a very common feeling—a sense of dissatisfaction with the existing order of things, combined with a vague faith in or hope of a better one to come. The picture put before us is false; we knew it would be false before looking at it, since we cannot imagine what is unknown any more than we can build without materials. Our mental atmosphere surrounds and shuts us in like our own skins; no one can boast that he has broken out of that prison. The vast, unbounded prospect lies before us, but, as the poet mournfully adds, "clouds and darkness rest upon it." Nevertheless we cannot suppress all curiosity, or help asking one another, What is your dream—your ideal? What is your News from Nowhere, or, rather, what is the result of the little shake your hand has given to the old pasteboard toy with a dozen bits of colored glass for contents? And, most important of all, can you present it in a narrative or romance which will enable me to pass an idle hour not disagreeably? How, for instance, does it compare in this respect with other prophetic books on the shelf?

I am not referring to living authors; least of all to that flamingo of letters who for the last decade or so has been a wonder to our island birds. For what could I say of him that is not known to every one—that he is the tallest of fowls, land or water, of a most singular shape, and has black-tipped crimson wings folded under his delicate rose-colored plumage? These other books referred to, written, let us say, from thirty or forty years to a century or two ago, amuse us in a way their poor dead authors never intended. Most amusing are the dead ones who take themselves seriously, whose books are pulpits quaintly carved and decorated with precious stones and silken canopies in which they stand and preach to or at their contemporaries.

In like manner, in going through this book of mine after so many years I am amused at the way it is colored by the little cults and crazes, and modes of thought of the 'eighties of the last century. They were so important then, and now, if remembered at all, they appear so trivial! It pleases me to be diverted in this way at "A Crystal Age"—to find, in fact, that I have not stood still while the world has been moving.

This criticism refers to the case, the habit, of the book rather than to its spirit, since when we write we do, as the red man thought, impart something of our souls to the paper, and it is probable that if I were to write a new dream of the future it would, though in some respects very different from this, still be a dream and picture of the human race in its forest period.

Alas that in this case the wish cannot induce belief! For now I remember another thing which Nature said—that earthly excellence can come in no way but one, and the ending of passion and strife is the beginning of decay. It is indeed a hard saying, and the hardest lesson we can learn of her without losing love and bidding good-by forever to hope....