A Book of Fruits and Flowers 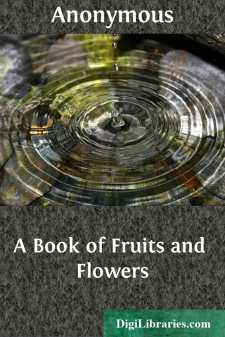 Medicines made of Lemmons. To take away the Spots, or red Pimpels of the face.

Take halfe a pint of raine water, and halfe a pint of good Verjuice, seeth it till it be halfe consumed, then whilst it boils fill it up againe with juyce of Lemmon, and so let it seeth a pretty while; then take it from the fire, and when it is cold put to it the whites of four new laid Eggs, well beaten, and with this water annoynt the place often.

A very good Medicine for the Stone.

Make a Posset of a quart of Rhenish wine, a pint of Ale and a pint of Milke, then take away the curd, and put into the drink, two handfulls of Sorrell, one handfull of Burnet, and halfe a handfull of Balm, boyle them together a good while, but not too long, least the drink be too unpleasant, then take of the drink a quarter of a pint, or rather halfe a pint, at once, at morning, and to bed-ward, putting therein first two or three spoonfulls of juice of Lemmons, this is an excellent Medicine for the Stone in the Kidneyes, to dissolve and bring it away. It is very good in these Diseases of the Stone, to use Burnet often in your drink at Meales, and often to steep it in over night, and in the morning put in three or foure spoonfulls of juice of Lemmons, and to drink thereof a good draught every morning a week together, about the full of the Moone, three dayes before, and three dayes after.

To roste a Shoulder of Mutton with Lemmons.

Take a Shoulder of Mutton halfe rosted, cut off most of the meat thereof, in thin slices, into a faire dish with the gravy thereof, put thereto about the quantity of a pint of clarret wine, with a spoonfull or two at most of the best wine Vineger, season it with Nutmeggs, and a little Ginger, then pare off the rines of one or two good Lemmons, and slice them thin into the Mutton, when it is almost well stewed between two dishes, and so let them stew together two or three warmes, when they are enough, put them in a clean dish, and take the shoulder blade being well broyled on a grid-iron, and lay it upon your meat, garnishing your dishes with some slices and rinds of the Lemmons, and so serve it.

To Boyle A Capon with Oranges and Lemmons.

Take Orenges and Lemmons peeled, and cut them the long way, and if you can keep your cloves whole, and put them into your best Broth of Mutton or Capon, with Prunes or Currants three or four dayes, and when they have been well sodden, cut whole Pepper, great Mase, a great peice of Suggar, some Rose-water, and either White wine, or Clarret wine, and let all these seeth together a while, and serve it upon Sopps with your Capon.

Cut out slices of the peele of the Lemmons, long wayes, a quarter of an inch one piece from another, and then slice the Lemmons very thin, and lay them in a dish crosse, and the peeles about the Lemmons, and scrape a good deal of Suggar upon them, and so serve them.

Of Quinces. The best way to Preserve Quinces.

First pare and coare the Quinces, and boyle them in faire water till they be very tender, not covering them, then taking them out of the water, take to every pound of them, two pound of Sugar, and half a pint of water, boyle it to a Syrupe, scumming it well, then put in some of the Jelly that is washed from the Quince kernels, and after that, making it boyle a little, put in your Quinces, boyle them very fast, keeping the holes upward as neer as you can, for fear of breaking, and when they are so tender that you may thrust a rush through them, take them off, and put them up in your glasses, having first saved some Syrupe till it be cold to fill up your glasses....