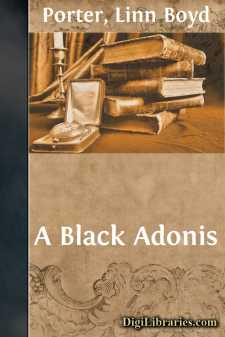 "A letter for Mr. Roseleaf," he heard his landlady say to the chambermaid. And he was quite prepared to hear the girl reply, in a tone of surprise:

"For Mr. Roseleaf! This is the first letter he has had since he came."

The young man referred to stood just within his chamber door, waiting with some anxiety for the letter to be brought to him. He was about twenty years of age, of medium height, with rather dark complexion, curling hair and expressive eyes, and with a natural delicacy of manner that made him seem almost feminine at first view.

He had the greatest possible interest in the letter that the postman had just brought, but he was far too polite to disturb the landlady or her servant, who were not yet through with it.

"You can see that it is from a publishing house," commented Mrs. Ranning, inspecting the envelope with care. "It is from Cutt & Slashem, who bring out more novels than any other firm in the city. I told you he was some kind of a writer. Perhaps they are going to publish a book for him! If they do he will leave us for finer quarters. Novelists make a mint of money, I have heard. We must do our best to keep him as long as we can. Be very polite to him, Nellie. He appears to be an excellent young man."

Shirley Roseleaf's anxiety to get possession of his letter was not lessened by this conversation. It seemed as if his entire future hung on the contents of that envelope tarrying so long in Nellie's hands. The great publishers, Cutt & Slashem, had had a manuscript of his in their hands for nearly a fortnight. When they had definitely accepted it, his path would be perfectly clear. If they rejected it—but he had not got so far as that.

The manuscript was a romance—a romance of love! Its author had spent a great deal of time upon it. He had rewritten it with care, and finally made a neat copy, of which he was very proud. Then he had thought a long time over the question of a publishing firm. Cutt & Slashem stood at the top of their profession, and they finally received the preference. With the MSS. Roseleaf sent a pretty note, in which he included a delicate compliment on their success. The MSS. and the note were arranged tastefully in a neat white package and tied with pink twine.

After all of those precautions it is no wonder that the novelist felt surprise when days passed and no reply was sent to him. But never at any time was he discouraged. Had they intended to reject the novel, he reasoned, they could as easily have done so in three days as ten.

He pictured the members of the firm hugging themselves over their good fortune, passing the manuscript from one to the other, all eager for a taste of such a marvelous work. He did not think it egotism to believe they did not get stories like that every day.

His thoughts flew rapidly as Nellie slowly climbed the stairs. Now he would be famous, he would be courted, he would be envied! He would also be very, very rich, though that was not of so much account.

As Nellie handed him the letter he responded to her pleasant smile with one of his own, and even pressed a twenty-five cent piece into her hand....