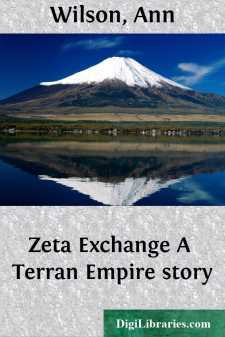 Ranger James Medart was standing beside Captain Jean Willis' control chair aboard the Empress Lindner, enjoying the peaceful trip back to Terra after a surprisingly uneventful cruise. He'd kept busy enough to avoid boredom, but there'd been no emergency calls, which made the cruise almost a vacation. Pleasant as it had been, he found himself almost wishing for the challenge of an emergency. Not quite, since an emergency serious enough to require a Ranger's attention meant the Empire was in trouble, and that part he didn't like—but the challenge he did. Maybe he'd ask for a tour in one of the alternate universes with an Empire just getting started, one that didn't have a full quota of home-grown Rangers to cope with the many problems of a brand-new Empire. He wouldn't mind visiting Sierra again; he'd had a hand in selecting both its Sovereign and her Successor, so he had a personal interest in its well-being.

He'd barely completed that thought when his surroundings disappeared. He was nowhere, in some sort of timeless sensory deprivation—

—then he was standing in the middle of a pentagram surrounded by other symbols he didn't recognize, facing a woman in a uniform identical to his own. Since he didn't know the woman herself, it seemed pretty clear he'd been brought to an alternate-universe Empire—and that had to mean it needed help, badly. It looked like he was getting the challenge he wanted, though not in any way he could've expected.

He grinned at his other-universe colleague. "I'm James Medart, of Alternate Alpha Prime. What's your problem?"

"Ariel of Rolian, Zeta Prime." The woman smiled, looking relieved. "You're all right?"

"Good. Inter-universe summoning spells are sometimes as rough on the subject as they are on the magician; I'm glad you were spared that. But I wasn't, so I need to rest before I brief you. I'll take you to the bridge and introduce you, then let you get acquainted while I recuperate for three or four hours."

"You're the expert here," Medart agreed. "It's safe to leave the pentagram?"

"Yes, of course." She frowned. "You're not familiar with magic?"

"Only what I've picked up from fantasy stories and games of Treasure Tunnels. It doesn't work in Alpha Prime—or in any of the other universes I've visited till now, either. But when I show up in the middle of a pentacle with a Ranger who obviously takes magic for granted, it seems pretty clear this is one where it does."

The other Ranger frowned again. "That's strange. You're from a high-probability alternate, then—sophisticated technology, no magic—but my spell was designed to summon a high-powered sorcerer."

Medart chuckled. "Either it glitched, or I am one and don't know it. I've played Tunnels characters who used magic, but I don't know a thing about the way it really works."

"In that case, I'd say you are and don't know it. I haven't had a spell miss its mark that far since I was in middle school. We'll find out for sure when you meet Captain Chavvorth, though....