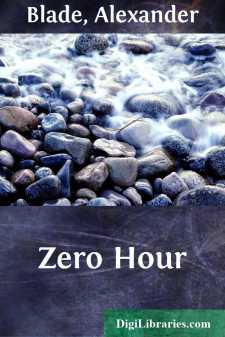 By accident Bobby discovered the rocket was about to be shot to the Moon. Naturally he wanted to go along. But could he smuggle himself aboard?

Dad had already gone when Bobby got up. This disappointed Bobby a little but then he remembered—this was the big day. Naturally Dad would get over to the project early. And at four o'clock— Bobby shivered deliciously at the thought of it.

He ate his breakfast in silence with Mom across the table drinking a cup of coffee and looking at a fashion catalogue. He was glad she was occupied because he didn't want to talk; not today he didn't. Might spill something secret. Might even let out the big secret. That would be terrible.

Of course, all things were secret at Buffalo Flats. So secret top scientists like Dad didn't even discuss them with wives like Mom. And wives like Mom never asked.

So it was really something to sit there eating breakfast knowing that, today, Dad was going to rocket to the Moon. And with Mom not even knowing the Lunar project was in the works, so naturally not dreaming that he was going with Dad! The thrill was overpowering.

Maybe they would have radio communication after they got there and he would call back and say, Hello, Mom! Guess where I am? On the moon with Dad! And Mom would say, Why, Bobby! Scaring me to death like this! I was looking all over for you. Sounding very angry but not being really angry after all. Because maybe Dad would cut in and say, Yeah, he's right here with me, dear. What do you think of this boy of ours?

Bobby gulped the last of his cereal so he could go outside and wriggle for joy. As he got up from his chair, Mom said, "And what's your plan for today, young man? Davy Crockett or Buck Rogers?"

Bobby had a quick thought—a sudden temptation. Why not give Mom a hint? Why he could even tell her and she still wouldn't know. Then later, after he was gone, she would remember back and say, That boy! When he tells you something he really means it.

Bobby smiled and said, "I think I'll go to the moon today."

Mom smiled too and went back to her fashions. "Well, see to it your fuel mixture is correct."

"I'll check it. And Mom—I might not be home for lunch."

"Where will you be?"

"Well, mind your manners and say thank you when you leave."

Mrs. Kendall, still smiling, watched Bobby dash out into the yard. Living on a restricted government area had one compensation at least. You didn't have to worry about your children. Four dozen families, all with offspring, trapped behind ten-foot patrolled fence. Here, nobody worried about their children. They came and went and at noon a mother fed whatever number happened to be in the house at the time. Mrs. Kendall usually drew six or seven. It would be a relief to dodge the chore for one Saturday....

Out in the backyard, Bobby fussed around his space rocket a little: tightening a screw here—hammering in a nail there. Just until he could slip away without Mom noticing his direction.

It wasn't a bad rocket at that, he thought. Six feet long with two seats and a keen instrument panel. But kid stuff of course. After he found the way in through the sewer he hadn't paid any more attention to his own ship....