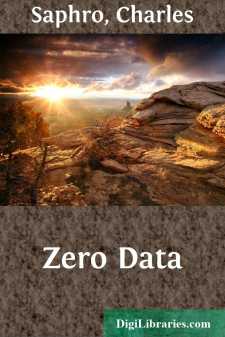 All the intricate, electronic witchery of the 21st century could not pin guilt on fabulous Lonnie Raichi, the irreproachable philanthropist. But Jason, the cop, was sweating it out ... searching for that fourth and final and all-knowing rule that would knock Lonnie's "triple ethic" for a gala loop.

Lonnie Raichi was small, heavily built, wet-eyed, dapper and successful. His success he attributed entirely to his philosophy.

Not knowing about Lonnie's philosophy, the whole twenty-odd years of Lonnie's success was the abiding crux of Jason's disgust. And this, in spite of the more and more men Jason came to control and the fitful stream of new techniques and equipment Gov-Pol and Gov-Mil Labs put at his disposal.

Jason was a cop. In fact, by this Friday the thirteenth in the fall of 2009, squirming on what had come to be his pet Gov-Park bench right across from the Tiara of Wold in the Fane, he was only one step short of being the Head Cop of Government City. He was good. Gathering in a lot of criminals was what had brought him up the steps.

But he hadn't gathered in Lonnie.

It wasn't for lack for trying. Way back, when Lonnie was known simply as "Lonnie," Jason managed to get a little help from his associates and superiors. Sometimes.

But as Lonnie came to be known as Lon Raichi, then Mr. Raichi, and finally as "THE Launcelot Raichi" (to Everyone Who Mattered), and as Jason's promotions kept pace with his widening experience and painstakingly acquired knowledge; peculiarly, there seemed to be fewer and fewer persons around who could be made interested in "Lonnie."

Inside Government and Gov-Pol-Anx as well as among the general Two-Worlds public.

So Jason got less and less help, or even passive cooperation, from his superiors. As a matter of fact, the more men he could command, the fewer he could use on anything that could be construed as concerning Lonnie.

Equipment, though, was a little different matter. There was usually enough so that one unit of a kind could be unobtrusively trained on Mr. Raichi under the care of Jason's own desk sergeant. In 1999, for example, Moglaut, that erratic and secretive genius in Physlab Nine, came out with a quantum analyzer and probability reproducer. The machine installed in Pol-Anx, reconstructed crimes and identified the probable criminals by their modus operandi and the physical traces they couldn't avoid leaving at the un-mercy of any of its portable data accumulators.

On Jason's first attempt it almost came close to Lonnie. It did gather in the hidden, dead, still twitching, completely uncommunicative carcasses of the five men who actually relieved the vault of the Citizen's Bank of Berlin of its clutch of millions. It even identified the body of the rocopilot found floating in the Potomac a few days later as being one of the group, and the killer. It did not locate the arsonized remnants of the plane, though, nor the currency; and only achieved the casting of a slight, or subsidiary, third-hand aspersion in the direction of THE Launcelot Raichi.

But Lonnie came up with an irrefutable alibi, somehow, and the hassle that followed made Jason's luck run out. And on Jason's stubborn, secret, subsequent tries, all the analyzer could produce was a report of zero data whenever Jason, reasonably or unreasonably, believed that Lonnie was involved....