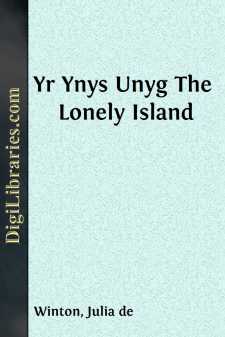 I enclose you the manuscript of which you have so long desired possession. You have permission to do what you like with it, on one condition, which is, that you alter all the names, and expunge anything like personality therein; for, as you are aware (with two exceptions) each character mentioned in the story is now alive, and so few years have elapsed since the events recorded took place that it would not be at all difficult for a stranger to recognize the heroes and heroines therein mentioned. Having settled that business, I now proceed to say, that as the narrative begins very abruptly, you will find it necessary to have some little personal account of the parties concerned, which I will lose no time in giving you. The mother of the party you know so well I need say nothing further of her than that she was about 27 when these events occurred; what her age is now, I must be excused telling, inasmuch as it has nothing to do with the story, and it is her own concern, and it will too certainly expose the time of the narrative and other things she wished left in obscurity. Mrs. E., the little mother, as she is called by every one, was the second in command. A greater contrast to her cousin could not exist. Short, and rather stout, she trotted by the side of her companion, as the little hippopotamus by the side of the giraffe. Both their eyes were dark, but the mother's were soft, and the little mother's so brilliant when she fixed her eyes on you, you must tell what you thought, as they penetrated into the heart. Her broad forehead showed the prevalence of the intellectual powers, and the reliance on her own sense and judgment. To be sure some people called her very masculine, and it is true that, when equipped in her riding gear, and ready to get into her second home (the saddle), she certainly slaps her tiny boots with her whip, walks round her horse, examines his legs, and questions her groom as to the throwing out of curbs, and other mysteries, known as stable lore. The horse has his nose twitched that she may get into the saddle before the usual kicking scene commences; once there, he may do what he likes, she is part of her horse, and enjoys his gambols as much as himself. When in female garments, though somewhat brusque in manners and blunt in speech, she is a true woman, and as feminine in heart as the fairest and most delicate among the sex. Madame, the governess, must occupy our attention the next. She was the kindest, best, most loving guardian over her flock, and seemed to have but one unhappiness in the world, and that was her utter inability to keep in order and understand one rebellious pupil among them. But I will not tell tales out of school. Sybil and Serena were the mother's young sisters, 13 and 14 years of age, innocent, gay, and happy creatures, blessed with beauty and sense above the common lot. Gertrude, or Gatty, was the child of an old and valued friend. She was about 12, with the wit, the quickness, the sense of 20, and I had almost said the size, for so large a proportion of flesh, blood, and bones rarely fall to the lot of male or female at that age. She was alternately the soul of fun and merriment or the plague and torment of every one about her. She had the judgment of mature age and the nonsense of the greatest baby in her. The mother alone obtained unlimited obedience from her. I am afraid I have discovered the "unruly one," but all the characters shall speak for themselves. The mother's own children were three in number. Oscar, a fine tall active boy, with a grave quick demeanour, but the open brow and frank sweet smile won him the love of every one. Lilly, the little girl, was about 6, a little, loving, winning thing, with eyes like violets, and long dark rich curls floating all round her, from the middle of which was uplifted a little rosy face, almost perfect in its childish beauty. Felix, the youngest boy and child, was a little, delicate, spoilt fellow, whose face seemed made up of naught but eyes and eyelashes....