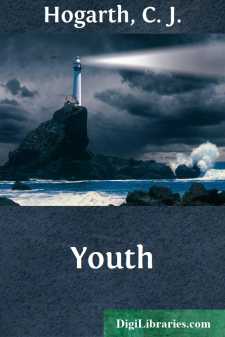 I. WHAT I CONSIDER TO HAVE BEEN THE BEGINNING OF MY YOUTH

I have said that my friendship with Dimitri opened up for me a new view of my life and of its aim and relations. The essence of that view lay in the conviction that the destiny of man is to strive for moral improvement, and that such improvement is at once easy, possible, and lasting. Hitherto, however, I had found pleasure only in the new ideas which I discovered to arise from that conviction, and in the forming of brilliant plans for a moral, active future, while all the time my life had been continuing along its old petty, muddled, pleasure-seeking course, and the same virtuous thoughts which I and my adored friend Dimitri ("my own marvellous Mitia," as I used to call him to myself in a whisper) had been wont to exchange with one another still pleased my intellect, but left my sensibility untouched. Nevertheless there came a moment when those thoughts swept into my head with a sudden freshness and force of moral revelation which left me aghast at the amount of time which I had been wasting, and made me feel as though I must at once—that very second—apply those thoughts to life, with the firm intention of never again changing them.

It is from that moment that I date the beginning of my youth.

I was then nearly sixteen. Tutors still attended to give me lessons, St. Jerome still acted as general supervisor of my education, and, willy-nilly, I was being prepared for the University. In addition to my studies, my occupations included certain vague dreamings and ponderings, a number of gymnastic exercises to make myself the finest athlete in the world, a good deal of aimless, thoughtless wandering through the rooms of the house (but more especially along the maidservants' corridor), and much looking at myself in the mirror. From the latter, however, I always turned away with a vague feeling of depression, almost of repulsion. Not only did I feel sure that my exterior was ugly, but I could derive no comfort from any of the usual consolations under such circumstances. I could not say, for instance, that I had at least an expressive, clever, or refined face, for there was nothing whatever expressive about it. Its features were of the most humdrum, dull, and unbecoming type, with small grey eyes which seemed to me, whenever I regarded them in the mirror, to be stupid rather than clever. Of manly bearing I possessed even less, since, although I was not exactly small of stature, and had, moreover, plenty of strength for my years, every feature in my face was of the meek, sleepy-looking, indefinite type. Even refinement was lacking in it, since, on the contrary, it precisely resembled that of a simple-looking moujik, while I also had the same big hands and feet as he. At the time, all this seemed to me very shameful.

Easter of the year when I entered the University fell late in April, so that the examinations were fixed for St. Thomas's Week, [Easter week.] and I had to spend Good Friday in fasting and finally getting myself ready for the ordeal....