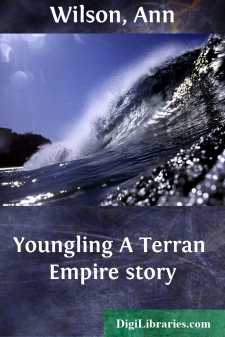 Add to My Favorites
Published: 9 years ago
Downloads: 119
Rating: (0 Votes)

Joste was waiting in front of his desk when two guards brought the just-captured human into his office. He found it hard to look at the man without becoming physically ill, and wondered briefly how the guards could tolerate touching him. Well, that was their job; his was to question the man, and he found himself hoping the foul thing would resist, give him an excuse to use force.

It wasn't because the other was human, or because he was an enemy—Joste had questioned prisoners before without having had the slightest desire to use physical persuasion—and the man looked no more repulsive than any other human. Granted, he was dirty and his battledress was torn, but that was to be expected from someone who had been in combat. And, though he was bound, the man held himself proudly.

No, the revulsion wasn't caused by anything so straightforward. It was what the man had done— Joste's thoughts shied away from consideration of such obscenity, and he had to force them back. Simply endangering females without dire need was enough to earn a dishonorable death; they were so terribly few, less than a fourth of the Traiti race, cherished for themselves and honored for the young only they could bear—a thing that happened less often than any could wish.

And this monster had actually led females into combat!

He brought himself under control; the grammar and harsh sounds of Imperial English were difficult enough without having to fight emotion at the same time. "Yourself identify," he growled.

"Major Horst Marguerre, Imperial Terran Marine Corps." It didn't look at all good for him, Marguerre thought grimly. These huge gray-skinned humanoids were aggressive as hell—they were nicknamed Sharks as much for that as for the facial resemblance—and this one looked even less well-intentioned toward him than his guards did. "My ident code's TERHE6-2063-4121. What're you doing with my wounded?"

"They are medical treatment receiving," Joste said. "Though there little chance for their recovery is, the physicians their best doing are." At least, he thought, the man had the decency to show concern— even if it had to be false concern—for the two survivors of his raiding party, both of whom were female. "What your purpose was, here coming?"

Marguerre didn't know what caused the loathing he could sense from the three massive Traiti, but it was intense enough to frighten him in spite of almost a year's active combat. Still, fear or no fear, he wasn't about to tell them what they wanted to know. He shook his head. "Sorry, that's all I'm allowed to say."

Then he winced as the one holding his shoulder and neck tightened that grip, and the one doing the questioning started to smile. This, to put it mildly, looked less and less like it was going to be a friendly party, and he was suddenly very thankful he'd been given the anti-interrogation conditioning before this mission. Not that he intended to use it unless he had no other choice.

Good, Joste thought. The man was going to be stubborn....