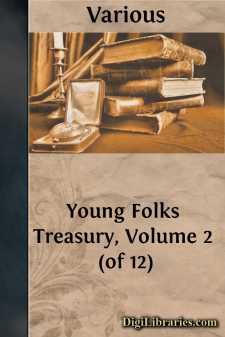 MYTHS OF GREECE AND ROME BAUCIS AND PHILEMON ADAPTED BY C.E. SMITH

One evening, in times long ago, old Philemon and his wife Baucis sat at their cottage door watching the sunset. They had eaten their supper and were enjoying a quiet talk about their garden, and their cow, and the fruit trees on which the pears and apples were beginning to ripen. But their talk was very much disturbed by rude shouts and laughter from the village children, and by the fierce barking of dogs.

"I fear," said Philemon, "that some poor traveler is asking for a bed in the village, and that these rough people have set the dogs on him."

"Well, I never," answered old Baucis. "I do wish the neighbors would be kinder to poor wanderers; I feel that some terrible punishment will happen to this village if the people are so wicked as to make fun of those who are tired and hungry. As for you and me, so long as we have a crust of bread, let us always be willing to give half of it to any poor homeless stranger who may come along."

"Indeed, that we will," said Philemon.

These old folks, you must know, were very poor, and had to work hard for a living. They seldom had anything to eat except bread and milk, and vegetables, with sometimes a little honey from their beehives, or a few ripe pears and apples from their little garden. But they were two of the kindest old people in the world, and would have gone without their dinner any day, rather than refuse a slice of bread or a cupful of milk to the weary traveler who might stop at the door.

Their cottage stood on a little hill a short way from the village, which lay in a valley; such a pretty valley, shaped like a cup, with plenty of green fields and gardens, and fruit trees; it was a pleasure just to look at it. But the people who lived in this lovely place were selfish and hard-hearted; they had no pity for the poor, and were unkind to those who had no home, and they only laughed when Philemon said it was right to be gentle to people who were sad and friendless.

These wicked villagers taught their children to be as bad as themselves. They used to clap their hands and make fun of poor travelers who were tramping wearily from one village to another, and they even taught the dogs to snarl and bark at strangers if their clothes were shabby. So the village was known far and near as an unfriendly place, where neither help nor pity was to be found.

What made it worse, too, was that when rich people came in their carriages, or riding on fine horses, with servants to attend to them, the village people would take off their hats and be very polite and attentive: and if the children were rude they got their ears boxed; as to the dogs—if a single dog dared to growl at a rich man he was beaten and then tied up without any supper.

So now you can understand why old Philemon spoke sadly when he heard the shouts of the children, and the barking of the dogs, at the far end of the village street.

He and Baucis sat shaking their heads while the noise came nearer and nearer, until they saw two travelers coming along the road on foot....