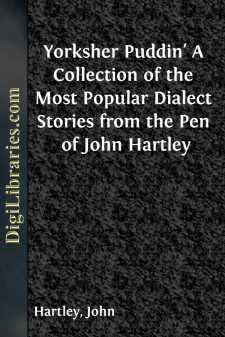 Or the Cottage on the Hill.

The last strain of the grand old Christmas hymn had just been warbled forth from the throats and hearts of a number of happy folks, who were seated around the blazing log one Christmas eve; and on the face of each one of that family circle the cheering light revealed the look of happiness; the young—happy in the present, and indulging in hopeful anticipations for the future; the old,—equally happy as the young, and revelling in many a darling memory of the past.

"Come, Uncle John!" said a bright-eyed, flaxen-haired beauty, over whose head not more than ten Christmas days had passed,—"Come, uncle, do tell us a story; you know that we always expect one from you."

"Well, my pretty little niece," he replied, "I fear that I have exhausted all my store of ghosts and hobgoblins, and if I tell you a story now, it must be from the cold, stern world of fact, which, I fear, will be less interesting to you than the romantic fictions I have rehearsed on former occasions."

"Oh dear, no! tell us a story, a true story—we shall be all the more delighted to know that we are listening to an account of what has really occurred. Do begin at once, please".

Knocking the ashes from the bowl of his pipe, and having carefully reared it against the hob, he commenced:—

"The factory bells had just ceased ringing, and the whistles had given out their last shrieks, like the expiring yells of some agonized demon, as the old church clock drowsily tolled the hour of six, on one of the most miserable of December mornings. High on a bleak hill stood a little whitewashed cottage, from the door of which issued two children, apparently about ten years of age. As they stept into the cold morning air they shuddered, and drew their scanty garments closer around them.

It was with great difficulty that the little couple succeeded in reaching the high road, for the ground was covered with ice, on which a continual sleet fell, and the wind, in fitful blasts, howled about them, threatening at almost every step to overthrow them. But they had no time to think of these things; slipping and running, giving each other all the aid in their power, they pressed on in the direction of the factory—the fear of being too late over-whelming every other consideration.

"Come on, Susy!" said the little lad, whom we should take to be the older of the two. "Come on, we shall niver be thear i' time; come on! stand up! tha hasn't hurt thi, has ta?" he said, as she fell for the third time upon the slippery pavement.

Tenderly he helped her to rise, but poor Susy had hurt herself, and although she strove to keep back her tears and smother her sobs, Tom saw that she had sustained a severe injury.