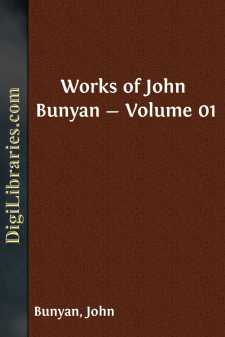 'We have this treasure in earthen vessels, that the excellency of the power may be of God, and not of us.'—2 Cor 4:7

'For my thoughts are not your thoughts, neither are your ways my ways, saith the Lord.'—Isaiah 55:8.

'Though ye have lien among the pots, yet shall ye be as the wings of a dove covered with silver, and her feathers with yellow gold.'—Psalm 68:13.

When the Philistine giant, Goliath, mocked the host of Israel, and challenged any of their stern warriors to single combat, what human being could have imagined that the gigantic heathen would be successfully met in the mortal struggle by a youth 'ruddy and of a fair countenance?' who unarmed, except with a sling and a stone, gave the carcases of the hosts of the Philistines to the fouls of the air, and to the wild beasts of the earth.'

Who, upon seeing an infant born in a stable, and laid in a manger, or beholding him when a youth working with his father as a carpenter, could have conceived that he was the manifestation of the Deity in human form, before whom every knee should bow, and every tongue confess Him to be THE ETERNAL?

Father Michael, a Franciscan friar, on a journey to Ancona, having lost his way, sought direction from a wretched lad keeping hogs—deserted, forlorn, his back smarting with severe stripes, and his eyes suffused with tears. The poor ragged boy not only went cheerfully with him to point out his road, but besought the monk to take him into his convent, volunteering to fulfill the most degrading services, in the hope of procuring a little learning, and escaping from 'those filthy hogs.' How incredulously would the friar have listened to anyone who could have suggested that this desolate, tattered, dirty boy, might and would fill a greater than an imperial throne! Yet, eventually that swine-herd was clothed in purple and fine linen, and, under the title of Pope Sixtus V., became one of those mighty magicians who are described in Rogers Italy, as

'Setting their feet upon the necks of kings,    And through the worlds subduing, chaining down    The free, immortal spirit—theirs a wondrous spell.' [1]

A woman that was 'a loose and ungodly wretch' hearing a tinker lad most awfully cursing and swearing, protested to him that 'he swore and cursed at that most fearful rate that it made her tremble to hear him,' 'that he was the ungodliest fellow for swearing that ever she heard in all her life,' and 'that he was able to spoil all the youth in a whole town, if they came in his company.' This blow at the young reprobate made that indelible impression which all the sermons yet he had heard had failed to make. Satan, by one of his own slaves, wounded a conscience which had resisted all the overtures of mercy. The youth pondered her words in his heart; they were good seed strangely sown, and their working formed one of those mysterious steps which led the foul-mouthed blasphemer to bitter repentance; who, when he had received mercy and pardon, felt impelled to bless and magnify the Divine grace with shining, burning thoughts and words. The poor profligate, swearing tinker became transformed into the most ardent preacher of the love of Christ—the well-trained author of The Jerusalem Sinner Saved, or Good News to the Vilest of Men....