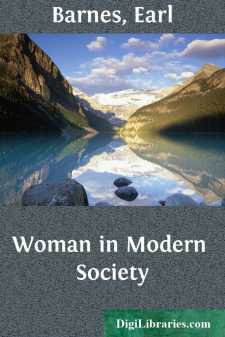 I What it Means to be a Woman

If we go back to the earliest forms of life, where the unit is simply a minute mass of protoplasm surrounded by a cell wall, we find each of these divisions to be a complete individual. It can feed itself, that its life may go on to-day; it can fight or run away, that it may be here to fight to-morrow; and by a process of division it can create a new life so that its existence may continue across the generations. With such units it is quite conceivable that life might go on through all eternity, death following birth, were it not that protoplasm contains within itself a principle of change. Life and change are synonymous.

And this change moves ever toward a complexity, which we call development, where cells unite in a larger life, and functions and organs are specialized. Thus there comes a time when the part split off carries with it power to eat and digest, to fight or run away, but only half the power of procreation. This half unit, this incomplete individual, is either male or female, and from this time on, the epic of life gathers around the search of these half-lives for their complements. The force that impels to this search, while at first valuable only for the perpetuation of the generations, gathers into itself modifying feeling and desires and, at a later period, ideas and ideals, which finally, when men and women appear, make it the greatest of all the shaping forces in life.

The fact that sexual selection does not play the part in organic evolution which Darwin assigned it does not affect this statement. See chapter on Sexual Selection in Yves Delagee and Marie Goldsmith, The Theories of Evolution, New York: Huebsch, 1912.

Of course, in such a sweeping statement as this, one must include under sex hunger all the forces that drive men and women to seek each other's society, rather than that of their own sex. In this sense, it can be truly said that it gives a motive for our care of offspring, and for all our other most self-forgetful devotions, our finest altruisms, our most polished expressions in language, manners and dress. It justifies labor, ambition, and at times even self-effacement. It underlies nearly all the lyric expressions in art; furnishes almost the only theme for that delineation of modern life which we call the novel; and is a main support for music, painting, statuary and belles-lettres. It gives us the institution of the family, which is the parent of the state; it is closely allied to religion; and in our individual lives it lifts us to the heights of self-realization and happiness, or plunges us down to the depths of degradation and tragedy.

While this sex hunger belongs equally to men and women, it has come to be associated with women, until we even speak of them as "the sex." Hence, when we are discussing women, we are generally discussing the sex interest common to both men and women, and this disturbs our point of view. The fact is that sex interest is a common possession, that the unit in human life, even more than among lower animals, is always a male and a female bound together by love. Just as a body can function in sleep or under the influence of a narcotic, for a time seemingly independent of the mind, so a man or a woman can live for a time in seeming independence of the opposite sex; but from any biological point of view, such a separate existence of male and female is only a transient effort. The half-life must find its mate or, after a few brief days, it dies, leaving its line extinct. For all the larger purposes of life, man is but a half-creature, and woman is equally a fragment.

It is, of course, conceivable that these two halves of the biological unit might have been made, or might have developed, alike in everything except the sexual function....