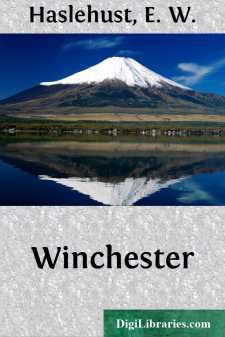 Few of our English cities are more strikingly situated than the once royal city of Winchester, which lies on the slopes and along the bed of a chalk valley watered by the River Itchen. The greater part of the present city is situated on the right bank of the river, while the best general view of it is justly considered to be that obtained by looking across the Vale of Chilcomb, from the road to Portsmouth. Of the Itchen valley, with its rich meadows and tranquil stream, William Cobbett was an enthusiastic admirer. "There are few spots in England", he exclaims, "more fertile, or more pleasant, none, I believe, more healthy. The fertility of this vale and of the surrounding country is best proved by the fact that, besides the town of Alresford, and that of Southampton, there are seventeen villages, each having its parish church, upon its borders. When we consider these things, we are not surprised that a spot situated about halfway down this vale should have been chosen for the building of a city, or that that city should have been for a great number of years the place of residence for the kings of England."

To-day the beautiful river winds in and out of the ancient streets, and among the meadow lands, much as it did when Cobbett penned his Rural Rides, although many charming examples of domestic architecture, which then graced what was probably the most attractive High Street in England, have been demolished or restored beyond recognition. As it flows through the city proper, the river is divided up into a number of small streams abounding in trout; but after a brief course these rivulets unite just below the city, from whence the waterway is said to be navigable all the way to Southampton. The bridge at the foot of the High Street marks the former limit of the navigability of the river, and is the reputed site of the legend concerning St. Swithun and the old woman to whom the saint restored her eggs.

Before the advent of the railway, that great destroyer of our ancient waterways, the Itchen was crowded with barges making their way from the maritime port to the inland city; for, like so many of our old British settlements, the site of Winchester was determined by the natural conditions of the land which could be utilized for the purposes of defence. Although every lock on the Itchen is now in ruins or choked by weeds, and the last of its fleet of brown-sailed barges is derelict, this is essentially a city whose origin goes back to the days when those who, coming cautiously up from Southampton Water, reached at length the practical part of the valley, where they built their stronghold under the shelter of the downs, yet within easy reach of the sea. It was by means of barges that much of the stone was brought for the building of the numerous churches and monastic buildings. This was brought from the Binstead Quarries in the Isle of Wight, from the Purbeck Quarries in Dorset, and possibly from Portland as well.

There is ample evidence that Winchester was a British city (Caer-Gwent), and the Venta Belgarum of Roman days, when it was connected by roads with the other Roman cities of Andover, Silchester, Porchester, and Salisbury....