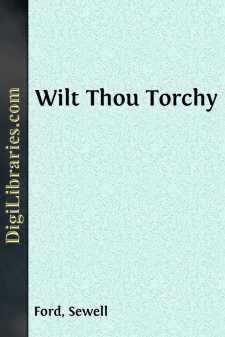 CHAPTER I ON THE WAY WITH CECIL

It was a case of declarin' time out on the house. Uh-huh—a whole afternoon. What's the use bein' a private sec. in good standin' unless you can put one over on the time-clock now and then? Besides, I had a social date; and, now Mr. Robert is back on the job so steady and is gettin' so domestic in his habits, somebody's got to represent the Corrugated Trust at these function things.

The event was the openin' of the Pill Box; you know, one of these dinky little theaters where they do the capsule drama at two dollars a seat. Not that I've been givin' my theatrical taste the highbrow treatment. I'm still strong for the smokeless war play where the coisèd spy gets his'n good and hard.

But I understand this one-act stuff is the thing to see just now, and I'd picked up a hunch that Vee and Auntie had planned to be in on this openin' until Auntie's sciatica developed so bad that they had to call it off. So it's me makin' the timely play with a couple of seats in E center and almost gettin' hugged for it. Even Auntie shoots me an approvin' glance as she hands down a favorable decision.

So we sits through five acts of piffle that was mostly talky junk to me. And, at that, I wa'n't sufferin' exactly; for when them actorines got too weird, all I had to do was swing a bit in my seat and I had a side view of a spiffy little white fur boa, with a pink ear-tip showin' under a ripple of corn-colored hair, and a—well, I had something worth watching that's all.

Vee snickers. "Suppose I missed and hit the fat man beyond?"

I had to bump Fatty a bit makin' the catch; but when he sees what the game is, he comes back with the friendly grin.

"Certainly not," says Vee. "Besides, there goes the curtain."

And if it hadn't been for interruptions like that we might have had a perfectly good time. We generally do when we're let alone. To sort of string the fun out I suggests goin' somewhere for tea. And it was while we're swappin' josh over the toasted crumpets and marmalade that we discovers a familiar-lookin' couple on the dancin' surface.

"And the happy hubby!" I adds. "Hey, Westy! Come nourish yourself."

Maybe you remember that pair? Sappy Westlake, anyway. He's the noble, fair-haired youth that for a long time Auntie had all picked out as the chosen one for Vee, and he hung around constant until one lucky day Vee had this Doris Ull come for a visit.

Kind of a pouty, peevish queen, Doris was, you know. Spoiled at home, and the job finished at one of these flossy girls' boardin'-schools where they get a full course in court etiquette and learn to call the hired girl Smith quite haughty....