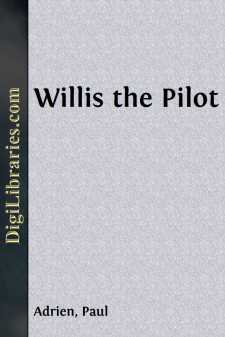 The early adventures of the Swiss family, who were wrecked on an unknown coast in the Pacific Ocean, have already been given to the world. There are, however, many interesting details in their subsequent career which have not been made public. These, and the conversations with which they enlivened the long, dreary days of the rainy season, we are now about to lay before our readers.

Becker, his wife, and their four sons had been fifteen years on this uninhabited coast, when a storm drove the English despatch sloop Nelson to the same spot. Before this event occurred, the family had cleared and enclosed a large extent of country; but, whether the territory was part of an island or part of a continent, they had not yet ascertained. The land was naturally fertile; and, amongst other things that had been obtained from the wreck of their ship, were sundry packages of European seeds: the produce of these, together with that of two or three heads of cattle they had likewise rescued from the wreck, supplied them abundantly with the necessaries of life. They had erected dwellings here and there, but chiefly lived in a cave near the shore, over the entrance to which they had built a sort of gallery. This structure, conjointly with the cave, formed a commodious habitation, to which they had given the name of Rockhouse. In the vicinity, a stream flowed tranquilly into the sea; this stream they were accustomed to call Jackal River, because, a few days after their landing, they had encountered some of these animals on its banks. Fronting Rockhouse the coast curved inwards, the headlands on either side enclosing a portion of the ocean; to this inlet they had given the name of Safety Bay, because it was here they first felt themselves secure after having escaped the dangers of the storm. In the centre of the bay there was a small island which they called Shark's Island, to commemorate the capture of one of those monsters of the deep. Safely Bay, had, a second time, acquired a legitimate title to its name, for in it Providence had brought the Nelson safely to anchor.

By unwearying perseverance, indefatigable industry, and an untiring reliance on the goodness of God, Becker and his family had surrounded themselves with abundance. There was only one thing left for them to desire, and that was the means of communicating with their kindred; and now this one wish of their hearts was gratified by the unexpected appearance of the Nelson on their shore. The fifteen years of exile they had so patiently endured was at once forgotten. Every bosom was filled with boundless joy; so true it is, that man only requires a ray of sunshine to change his most poignant griefs into smiles and gladness.

The first impressions of their deliverance awakened in the minds of the young people a flood of projects. The mute whisperings that murmured within them had divulged to their understandings that they were created for a wider sphere than that in which they had hitherto been confined....