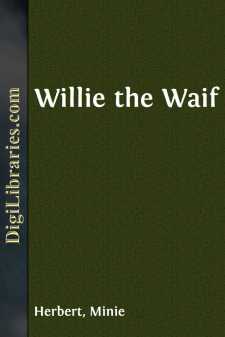 CHAPTER I RUNNING AWAY FROM HOME

One hot summer's day the sun was trying to shine into a poor, miserable alley in London. There are some places in that great city where even the sun cannot find its way, and Primrose Place was one of them.

It was a very narrow court, and the houses on both sides were so high that the people who lived there had never seen the sunbeams shining on the pavement or glinting on the windows. But even supposing the sun could have shone into the court, it would not have been able to pierce into the rooms, for the windows were too dirty. Most of them were broken and patched with brown paper. The doors of the houses always stood open, so that people could go in and out without knocking. Very few of them could afford to pay enough rent to have two rooms all to themselves, so that a whole family was generally huddled into one room, in which they had to live during the day and sleep at night. But most of the daytime was spent by the inhabitants of Primrose Place out of doors, lounging about on the pavement, or sitting on the doorsteps.

On this day, if you had walked down the court, you would have seen groups of women standing round the doors gossiping, with their sleeves rolled up to their elbows, and nothing on their heads. This was the way they all spent their time when they were not in the beershops, one of which stood, as usual, at each corner of the court. These women never had time to clean their rooms, even if they had known they were dirty. But this fact they did not know. They had never seen them any other way and they had become so used to their surroundings that they never noticed the dirt.

The children ran about the court or played in the gutter, barefooted and bareheaded. Poor little things! there was nobody in Primrose Place to love or care for them, or teach them to be good. Their mothers would not be troubled by them, and the children kept out of their way as much as possible, and, of course, got into that of every body else. This was the cause of a great deal of quarrelling among the mothers, because, although they didn't care for their children themselves, they wouldn't let any one else find fault with them. At the present time three or four boys were playing at buttons. One of them accused another of cheating, which he denied. This led to angry words, then to blows, when suddenly one of the mothers called out:—-"'Ere, you Tom, just you leave my Bill alone, or I'll warm yer!" This was taken up by Tom's mother, and the women fought the children's battle. In such scenes the children of Primrose Place grew up—-miserable, dirty, and generally neglected.

Sitting alone on the pavement that evening, huddled close to the wall, was a little boy of six or seven years of age. His fair hair hung in tangled curls all round his head. His clothes, which had never been made for him, were much too large, and so ragged that they could scarcely hold together. As he sat there, with his little bare feet stretched out on the pavement, he seemed to be watching for somebody, for he kept continually; looking towards the end of the court which opened out on to the main road....