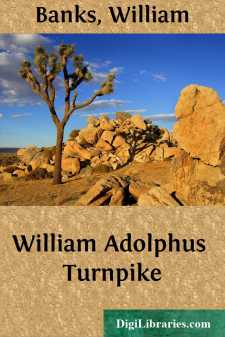 "What! never been to a political meeting; an' you living in a city. Back to the hamlet for you, boy; you're lost.

"You're not? You know where you live, and could find your way home in the dark? My, but you're cert'nly the quick actor when it comes to thinking.

"Sure I've been to more'n a dozen political meetin's. Ain't my Pa a member er the ex-ecutive of Ward Eighteen Conservative Club? He's a charter member, too. Don't he rent the parlor for a pollin' booth on votin' day, hire himself for a scrooteneer, and have my uncle Henry for constable?

"Your father wouldn't do them things, eh! Well, maybe he ain't never had the chance.

"The first political meeting I went to? Well it was in the hall where the Sons of Italy meets, and Pa he ain't got no business there really because it's not his gang what's holding the meeting. It's all furriners organised into the Ward Eighteen European Reform Club by Jimmy Duggan, the coal and woodyard man. My Pa and Jimmy Duggan is great friends. Jimmy says to Pa, he says, 'Come along, Joe, I got the greatest bunch of murd-erers of English into the club you ever seen,' he says, 'and tonight the Honorable Wallace Fixem, Minister of Public Works, is going to attend our inaggeral meetin',' he says, 'and give us a spiel.'

"And Jimmy says, 'Far be it from me to bandy words with a hopeless dyed-in-the-wool Tory,' he says, 'what's agoin' blindly to his crool end,' he says, 'in spite of——'

"And then Ma butts in. 'That'll do for you, Jimmy Duggan,' she says. 'Both of them political parties is rotten,' she says, 'and you know it.'

"And Jimmy—Gee! but he's the great actor—he looks at Ma with a long face on him, and he says, 'Madam,' he says, 'I admit that the party to which my poor friend here belongs,' he says, 'is all to the bad. I admit,' he says, 'that it has sunk——'

"And Pa says, 'Ma,' he says, 'how about Willyum coming along,' and you bet I'm listenin' hard that time.

"And Ma says, 'I'm afraid,' she says, 'about them 'Talians. S'pose they got to fighting, anybody might stick a steeletter into the boy,' she says.

"'Pardon me, madam,' says Jimmy, 'you are doing a great wrong,' he says, 'to our noble feller citerzens——'

"And Ma gets up like she was in a kind of a hurry and she says if Pa don't take Jimmy away she'll throw 'em both out, and Pa can take me to the meeting. And we went.

"Say, you'd orter seen the bunch in that hall. I guess there was some from every country on the map of Europe, and other places too we ain't never dreamed of. It was a cold night, and they had the stove goin'. Me and Pa, we sits near the door because Pa says that when the meetin' gets agoin' they's no telling about what kind of a trouble there might be in a hall like that, and it's us where we can slip out when we wants to.

"Next to my Pa was a feller with whiskers a mile long, and pop eyes, and when Jimmy Duggan left us and starts down to the platform this feller says to Pa, 'Ain't he the great man!' he says....