Will of the Mill 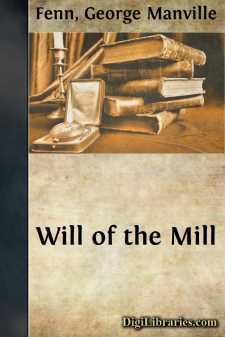 Down in the Country.

The first speaker pointed down the gorge, tried to utter words, but began to choke with laughter, pointed again, and then stood stamping his feet, and wiping his eyes.

“Well,” cried the other, addressed as Josh, “what is it? Don’t stand pointing there like an old finger-post! I can’t see anything.”

“Gahn! What an old silly you are! What’s the game? Let’s have a bit of the fun.”

“Don’t stand stuttering there in that stupid way.”

“I couldn’t help it—there, I’m better now. I was coming along the top walk, and there he was right down below, sitting under his old white mushroom.”

“Well, I can’t see anything to laugh at in that. He always is sitting under his old white umbrella, painting, when he isn’t throwing flies.”

“But he isn’t painting. He’s fast asleep; and I could almost hear him snore.”

“Well, if you could hear him snore, you needn’t make a hyena of yourself. I don’t see anything to laugh at in that.”

“No; you never see any fun in anything. Don’t you see the sun’s gone right round, and he’s quite in the shade?”

Will Willows wiped his eyes, and then, with a mirthful look, continued—

“Oh, the idea struck me as being comic—keeping a great umbrella up when it wasn’t wanted.”

A few words were whispered, though there was not the slightest need, for no one was in sight, and the rattle and whirr of machinery set in motion by a huge water-wheel, whose splashings echoed from the vast, wall-like sides of the lovely fern-hung glen in which it was placed, would have drowned anything lower than a shout.

Willows’ silk-mill had ages ago ceased to be a blot in one of the fairest valleys in beautiful Derbyshire, for it was time-stained with a rich store of colours from Nature’s palette; great cushions of green velvet moss clung to the ancient stone-work, rich orange rosettes of lichen dotted the ruddy tiles, huge ferns shot their glistening green spears from every crack and chasm of the mighty walls of the deep glen; and here and there, high overhead, silver birches hung their pensile tassels, and scrub oaks thrust out their gnarled boughs from either side, as if in friendly vegetable feeling to grasp hands over the rushing, babbling stream; for Beldale—Belle Dale, before the dwellers there cut it short—formed one long series of pictures such as painters loved, so that they came regularly from the metropolis to settle down at one of the picturesque cottages handy to their work, and at times dotted the dale with their white umbrellas and so-called “traps.”

Nature was always the grandest of landscape gardeners, and here she may be said to have excelled....