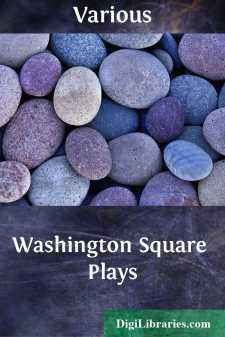 The rigid conventionality of the theatre has been frequently remarked upon. Why the world should ever fear a radical, indeed, is hard to see, since he has against him the whole dead weight of society; but least of all need the radical be dreaded in the theatre. When the average person pays money for his amusements, he is little inclined to be pleased with something which doesn't amuse him: and what amuses him, nine times out of ten, is what has amused him. That is why changes in the theatre are relatively slow, and customs long prevail, even till it seems they may corrupt the theatrical world.

For many generations in our playhouse it was the custom to follow the long play of the evening with an "afterpiece," generally in one act, but always brief, and almost always gay, if not farcical. Audiences, which in the early days assembled before seven o'clock, had to be sent home happy. After the tragedy, the slap-stick or the loud guffaw; after "Romeo and Juliet," Cibber's "Hob in the Well"; after "King Lear," "The Irish Widow." (These two illustrations are taken at random from the programs of the Charleston theatre in 1773.) This custom persisted until comparatively recent times. The fathers and mothers of the present generation can remember when William Warren, at the Boston Museum, would turn of an evening from such a part as his deep-hearted Sir Peter Teazle to the loud and empty vociferations of a Morton farce. The entertainment in those days would hardly have been considered complete without the "afterpiece," or, as time went on, sometimes the "curtain raiser." It is by no means certain that theatre seats were always cheaper than to-day. In some cases, certainly, they were relatively quite as high. But it is certain that you got more for your money. You frequently saw your favorite actor in two contrasted roles, two contrasted styles of acting perhaps, and you saw him from early evening till a decently late hour. You didn't get to the theatre at 8.30, wait for the curtain to rise on a thin-spun drawing-room comedy at 8.45, and begin hunting for your wraps at 10.35. One hates to think, in fact, what would have happened to a manager fifty years ago who didn't give more than that for the price of a ticket. Our fathers and mothers watched their pennies more sharply than we do.

For various reasons, one of them no doubt being the growth of cheaper forms of amusement and the consequent desertion from the traditional playhouse of a considerable body of those who least like, and can least afford, to spend money irrespective of returns, the "afterpiece" and "curtain raiser" have practically vanished from our stage. They have so completely vanished, in fact, that theatre goers have lost not only the habit of expecting them, but the imaginative flexibility to enjoy them. If you should play "Romeo and Juliet" to-day and then follow it with a one-act farce, your audience would be uncomfortably bewildered. They would be unable to make the necessary adjustment of mood....