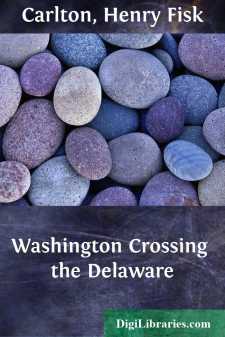 HOW TO BE A GOOD RADIO ACTOR

The play in this book has actually been produced on the radio. Possibly you have listened to this one when you tuned in at home. The persons whose voices you heard as you listened, looked just as they did when they left their homes to go to the studio, although they were taking the parts of men and women who lived long ago and who wore costumes very different from the ones we wear today.

The persons whose voices you heard stood close together around the microphone, each one reading from a copy of the play in his hand. Since they could not be seen, they did not act parts as in other plays, but tried to make their voices show how they felt.

When you give these plays you will not need costumes and you will not need scenery, although you can easily arrange a broadcasting studio if you wish. You will not need to memorize your parts; in fact, it will not be like a real radio broadcast if you do so, and, furthermore, you will not want to, since you will each have a copy of the book in your hands. All you will need to do is to remember that you are taking the part of a radio actor, that you are to read your speeches very distinctly, and that by your voice you will make your audience understand how you feel. In this way you will have the fun of living through some of the great moments of history.

There are some directions in this play which may be new to you, but these are necessary, for you are now in a radio broadcasting studio, talking in front of a microphone. The word (in) means that the character is standing close to the microphone, while (off) indicates that he is farther away, so that his voice sounds faint. When the directions (off, coming in) are given, the person speaking is away from the microphone at first but gradually comes closer. The words (mob) or (crowd noise) you will understand mean the sound of many people talking in the distance.

Both the English and the dialect used help make the characters live, so the speeches have been written in the way in which these men and women would talk. This means that sometimes the character may use what seems to you unusual English. The punctuation helps, too, to make the speeches sound like real conversation; for example, you will find that a dash is often used to show that a character is talking very excitedly.

We take pleasure in presenting this story of Washington crossing the Delaware. The picture of that famous event is familiar to everyone, but the story of what led up to it, and of its importance in American history is not so well known.

The fall and early winter of the year 1776 saw the fortunes of Washington's army sink very low indeed. Beginning with the defeat on Long Island in late August, Washington and his army had met reverse after reverse. They had been forced to retire in succession from Manhattan to Fort Washington, then across the river to Fort Lee, then from Fort Lee to Hackensack....