Washington and the American Republic, Vol. 3. 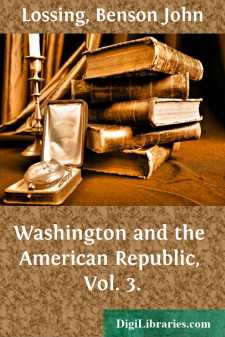 We have observed, that with the capture of Cornwallis and his army, the War for Independence was virtually ended, but that some blood flowed afterward, and that hostile forces were arrayed against each other for several months longer, before the two nations agreed to fight no more. Let us take a brief survey of events, from the siege of Yorktown until the declaration of peace, and the departure of the last British troops from our shores.

On the evening of the ninth of October, just as Lincoln, having completed the first parallel before Yorktown, ordered a battery to open upon the British works, Washington received encouraging intelligence from General Greene in the far South. Greene was then encamped upon the High Hills of Santee, having, a little more than a week previous to the date of his letter, been engaged in a bloody battle with the enemy at Eutaw Springs.

In a former chapter we left Greene on his march to attack Fort Ninety-Six, situated in Abbeville district in South Carolina, within about six miles of the Saluda river. It was then garrisoned by five hundred and fifty loyalists, under the command of Lieutenant-Colonel Cruger, of New York. Sumter having cut off all communication between Camden and Ninety-Six, Cruger had not received Rawdon's orders to join Brown at Augusta, but remained, and was using every endeavor to strengthen his works.

Greene arrived before Ninety-Six on the twenty-second of May, with less than a thousand regulars and a few raw militia. Kosciuszko, the brave Pole, was his chief engineer, and under his direction the Americans commenced making regular approaches, by parallels, for the works were too strong to be taken by assault. For almost a month the work went on, enlivened by an occasional sortie and skirmish. Then news came that Lord Rawdon was approaching with a strong force to the relief of Cruger. Greene's troops were full of spirit, and were anxious to storm the works before his lordship's arrival. Consent was given by the commander, and on the eighteenth an assault was made, and a bloody contest ensued. The Americans were repulsed, and on the following day Greene raised the siege and retreated across the Saluda....