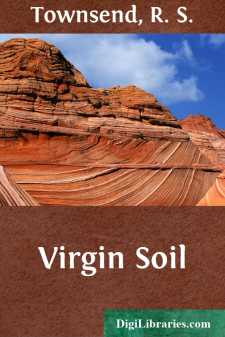 TURGENEV was the first writer who was able, having both Slavic and universal imagination enough for it, to interpret modern Russia to the outer world, and Virgin Soil was the last word of his greater testament. It was the book in which many English readers were destined to make his acquaintance about a generation ago, and the effect of it was, like Swinburne's Songs Before Sunrise, Mazzini's Duties of Man, and other congenial documents, to break up the insular confines in which they had been reared and to enlarge their new horizon. Afterwards they went on to read Tolstoi, and Turgenev's powerful and antipathetic fellow-novelist, Dostoievsky, and many other Russian writers: but as he was the greatest artist of them all, his individual revelation of his country's predicament did not lose its effect. Writing in prose he achieved a style of his own which went as near poetry as narrative prose can do. without using the wrong music: while over his realism or his irony he cast a tinge of that mixed modern and oriental fantasy which belonged to his temperament. He suffered in youth, and suffered badly, from the romantic malady of his century, and that other malady of Russia, both expressed in what M. Haumand terms his "Hamletisme." But in Virgin Soil he is easy and almost negligent master of his instrument, and though he is an exile and at times a sharply embittered one, he gathers experience round his theme as only the artist can who has enriched leis art by having outlived his youth without forgetting its pangs, joys, mortifications, and love-songs.

In Nejdanov it is another picture of that youth which we see—youth reduced to ineffectiveness by fatalism and by the egoism of the lyric nature which longs to gain dramatic freedom, but cannot achieve it. It is one of a series of portraits, wonderfully traced psychological studies of the Russian dreamers and incompatibles of last mid-century, of which the most moving figure is the hero of the earlier novel, Dimitri Rudin. If we cared to follow Turgenev strictly in his growth and contemporary relations, we ought to begin with his Sportsman's Note Book. But so far as his novels go, he is the last writer to be taken chronologically. He was old enough in youth to understand old age in the forest, and young enough in age to provide his youth with fresh hues for another incarnation. Another element of his work which is very finely revealed and brought to a rare point of characterisation in Virgin Soil, is the prophetic intention he had of the woman's part in the new order. For the real hero of the tale, as Mr. Edward Garnett has pointed out in an essay on Turgenev, is not Nejdanov and not Solomin; the part is cast in the woman's figure of Mariana who broke the silence of "anonymous Russia." Ivan Turgenev had the understanding that goes beneath the old delimitation of the novelist hide-bound by the law—"male and female created he them."

He had the same extreme susceptibility to the moods of nature. He loved her first for herself, and then with a sense of those inherited primitive associations with her scenes and hid influences which still play upon us to-day; and nothing could be surer than the wilder or tamer glimpses which are seen in this book and in its landscape settings of the characters....