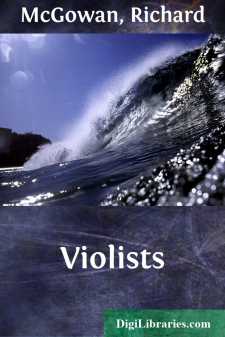 GRETCHEN IN THE LIBRARY

In winter the interior of the university library was hardly warmer than the outside, and it was terribly drafty. The sole difference between the interior and exterior, Gretchen often remarked to herself, was that the latter received an occasional snow. The library at least was dry. On most days in the unfrequented areas—the closed stacks on the second and third floors—one could see one's breath in the middle of the afternoon. Gretchen thought it hardly the sort of climate she would have chosen for her own books. But the cost of heating such an enormous building—well, she decided she could hardly imagine so extravagant a sum. On the coldest days, she often wore two petticoats. She found the best method of staying warm, though, was to bustle as quickly as she could. Primarily, she worked in the stacks, extracting books for the library's patrons and reshelving books that had returned—and keeping the shelves in good order.

Gretchen's twenty-ninth birthday had arrived—quite too quickly—the day before, and she bustled with an excess of alacrity to relieve her mind from the brooding that had occupied her for several days. She had spent the evening alone, though she knew it did her no good to seek solitude. To accept being past her prime of life would be simpler perhaps, and productive of less anguish, than fretting over what could not be changed. She was nearly thirty, though—and she knew what lay in store for her a few years hence. She had only to look at the assistant reference librarian, Miss Sadie, to see how she herself would be in but a few more years. The thought nearly made her shudder, and if she allowed herself to think too deeply upon the matter, might have brought her to tears. Thankfully, Gretchen told herself, she could grow old among the books, where at least she had the company of great minds—or their legacy—rather than spend a life straining in a factory—or under the yoke of an old-fashioned man.

She had been estranged from her family for six years and rarely given them serious thought since fleeing Connecticut. A simple enough row it had been to start—what should she do now that she had finished university? Of course her father recommended marriage and settling into the domestic life—a pretty girl like her. Him and his antiquated ideals—a pretty girl in the kitchen, indeed! At twenty-three she had finally come to her senses and refused to marry the young man to whom she had been betrothed, no matter how well matched her father thought they were.

Her mother had frequently confided to Gretchen her views on the varied pleasures—and trials—inherent in marriage, admitting that as the years passed she found the pleasures perhaps not worth the other hardships—the outward subjugation of her own feelings and the constant deference she was required to display within the confines of that marriage, as if she had no independent mind. Gretchen had long since determined that would not be her fate. She had come to believe that no suitable man could be found, yet she remained unsatisfied....